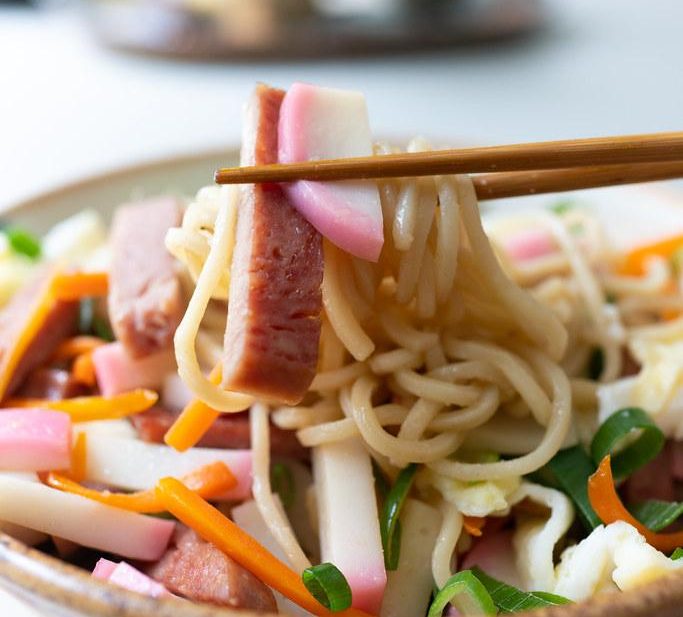 Fried saimin is the same as saimin, but without the soup! It’s easy to make. All you need are the noodles and toppings like Spam, kamaboko (fish cake), carrots, eggs, and green onions. 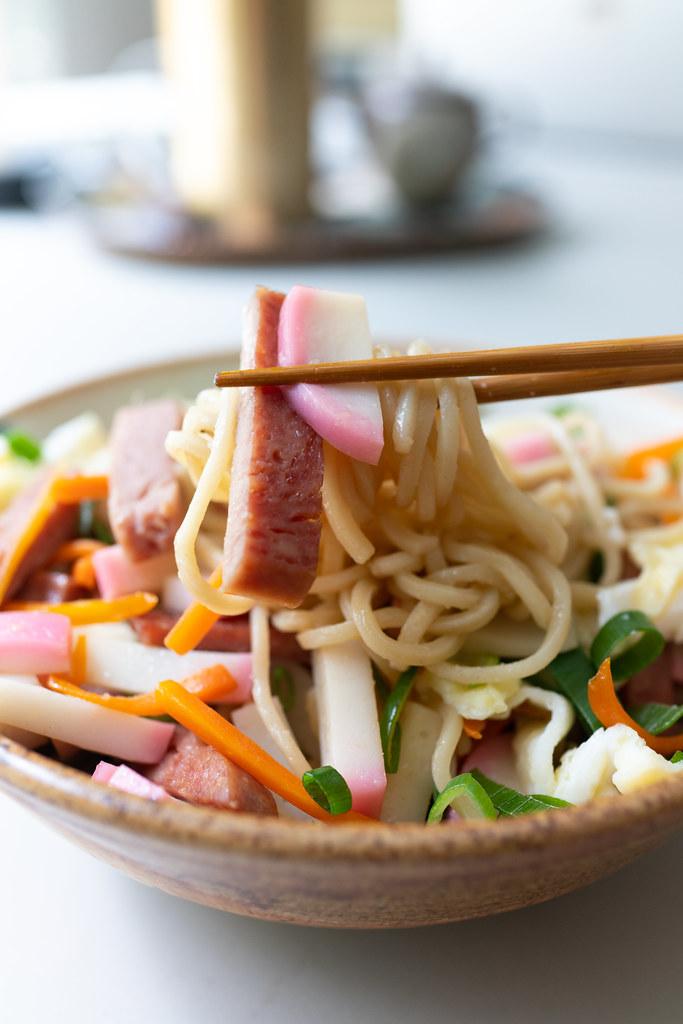 Few things are more tasty than a plate of fried saimin for lunch!

What Is Fried Saimin?

Remember this post about saimin? Saimin is the staple noodle soup of Hawaii (similar to how Japanese have ramen and Cantonese have wonton mein).

Fried saimin has the same flavors as regular saimin but the seasonings are tossed directly with the noodles instead of being used to make soup. 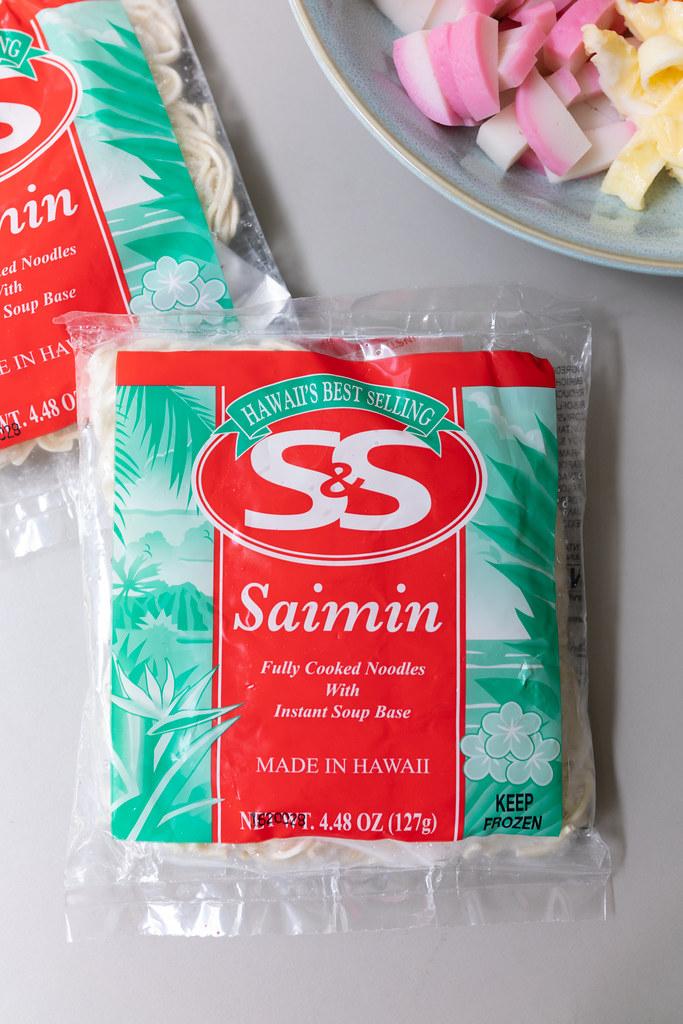 Frozen saimin noodles with the seasoning packet (“instant soup base”)

How To Eat Fried Saimin

With chopsticks, ideally. Fried saimin can be a main dish, or part of a larger meal. I often make a single serving portion (recipe below) of fried saimin for lunch. It comes together quickly and is immensely satisfying.

Fried saimin is also a popular potluck dish (along with Pan Sushi).

Plate lunch spots also offer fried saimin (or another type of fried noodle) as part of a plate. You’d pick a vegetable and meat to go on the side. 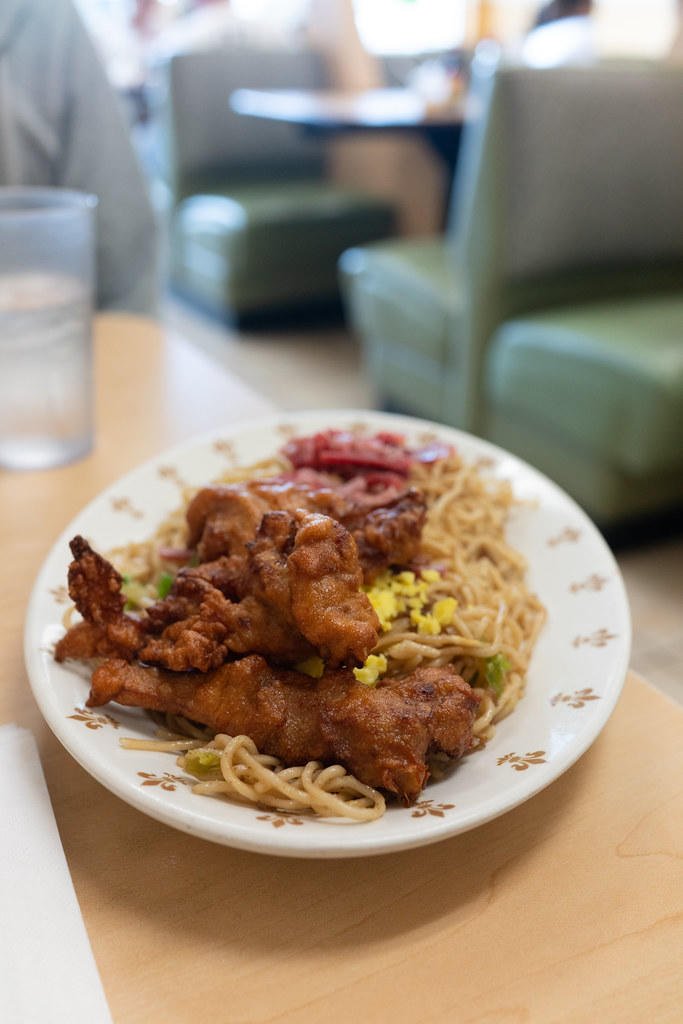 You can find fried saimin everywhere you can find regular saimin. And in Hawaii, that is at a lot of places! There are a few places that I often visit: 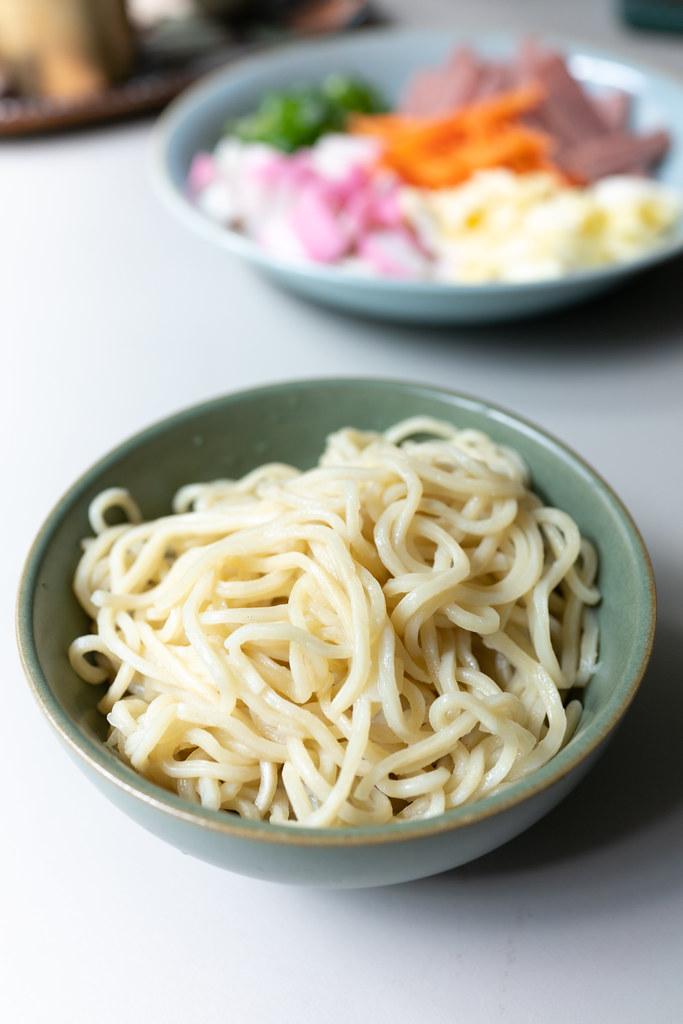 All Hawaii locals know about saimin noodles, but I understand that this is a pretty specific “Hawaii thing.”

Saimin noodles are made of wheat and egg. They are similar to ramen noodles (also wheat-based, though doesn’t include egg), but entirely their own thing. They’re slightly wavy, and very wonderful to eat.

We can get both fresh (I like to visit the Sun Noodle factory for fresh ramen noodles) and frozen saimin noodles in Hawaii.

Ramen noodles will work in a pinch. 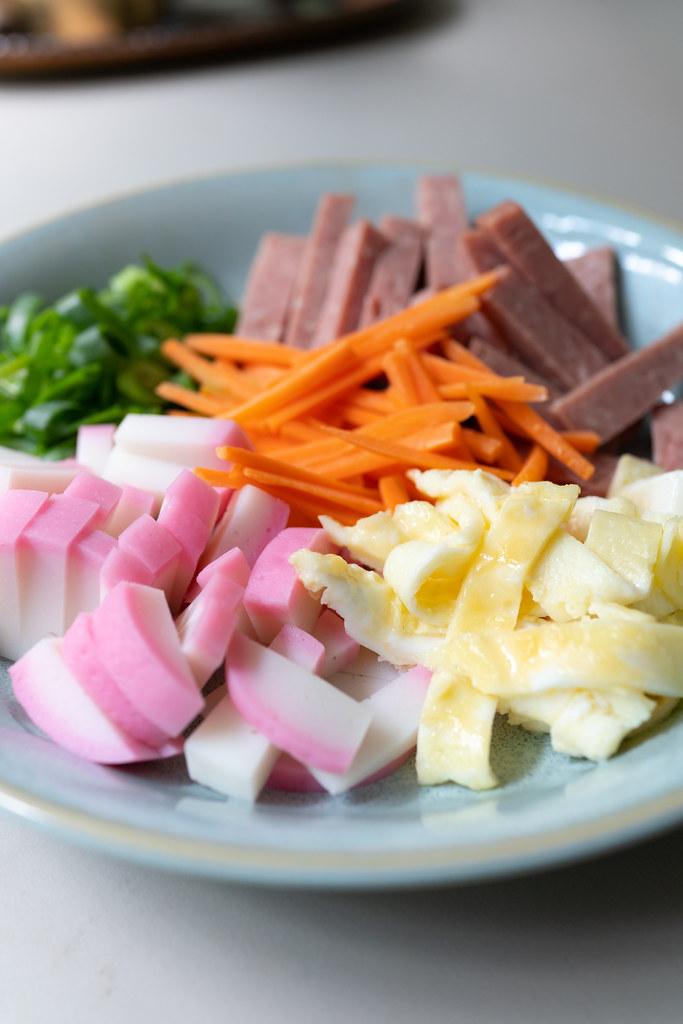 This dish is essentially a fried noodle recipe. It has three parts:

Seasonings
The neat part about this dish is that it has so much flavor but only uses two seasoning items. The first is the dashi-based seasoning packet that comes with the saimin. The second is just soy sauce! So easy.

The toppings are flexible, use as much or as little as you like.

The first thing you must do is prepare all your ingredients. Slice the Spam and kamaboko (aim for thick matchsticks). Julienne the carrots. Beat and scramble the egg. Let cool and then slice thin. Chop green onions. Set all those things on the side.

The boil water, cook the saimin noodles for just 30 seconds. You don’t want to cook it all the way (because we will be pan frying them as well). The whole point of this step is to get the noodles unfrozen and separated). Rinse them under cool water to remove the starch. And then you just drain and set it aside.

Now we start cook! This part comes together quickly. First you cook the Spam for a few minutes, until you get some nice crispy bits. Then add the kamaboko and carrots and cook another minute. Then you pour all that out on a plate.

Add in the egg and green onions. Toss, toss, and you’re done! This dish is super hot from the pan, but also holds well at room temperature (which is why it is such a popular potluck dish). 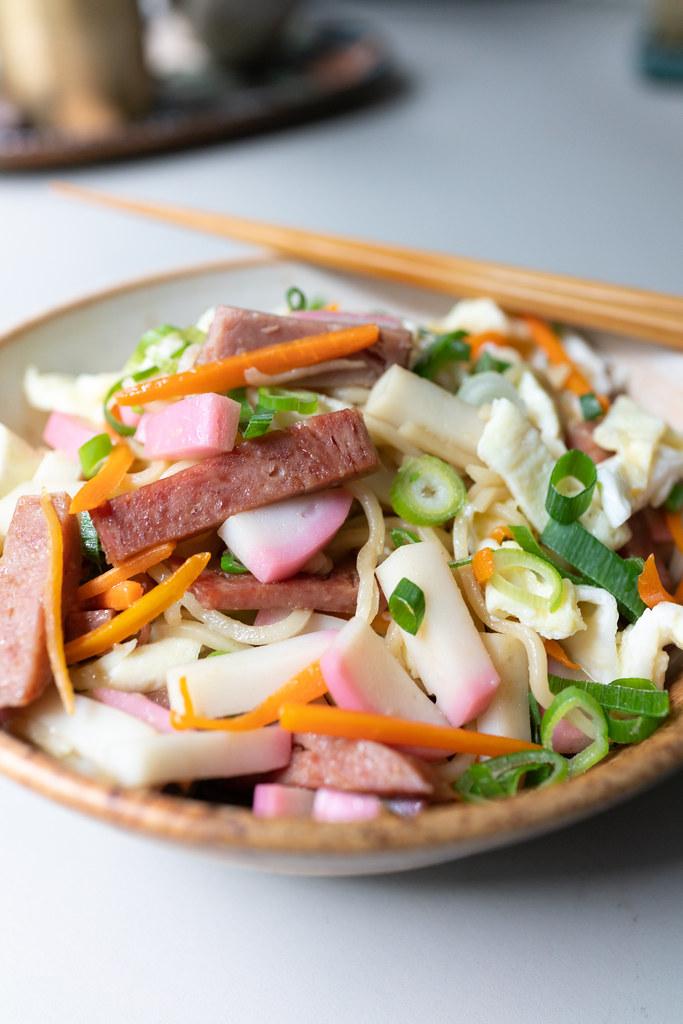 As long as you follow the general recipe format, fried saimin is very much open to adjustments and substitutions: