Homepage » Places to Eat in Hawaii » Next Stop, Zippy’s!

Zippy's is a casual restaurant and bakery chain (locations on Oahu, Maui, and Big Island) popular for local food like saimin, mac salad, and much more. They are extra famous for chili! Open since 1966, Zippy's is like Hawaii's version of a diner. 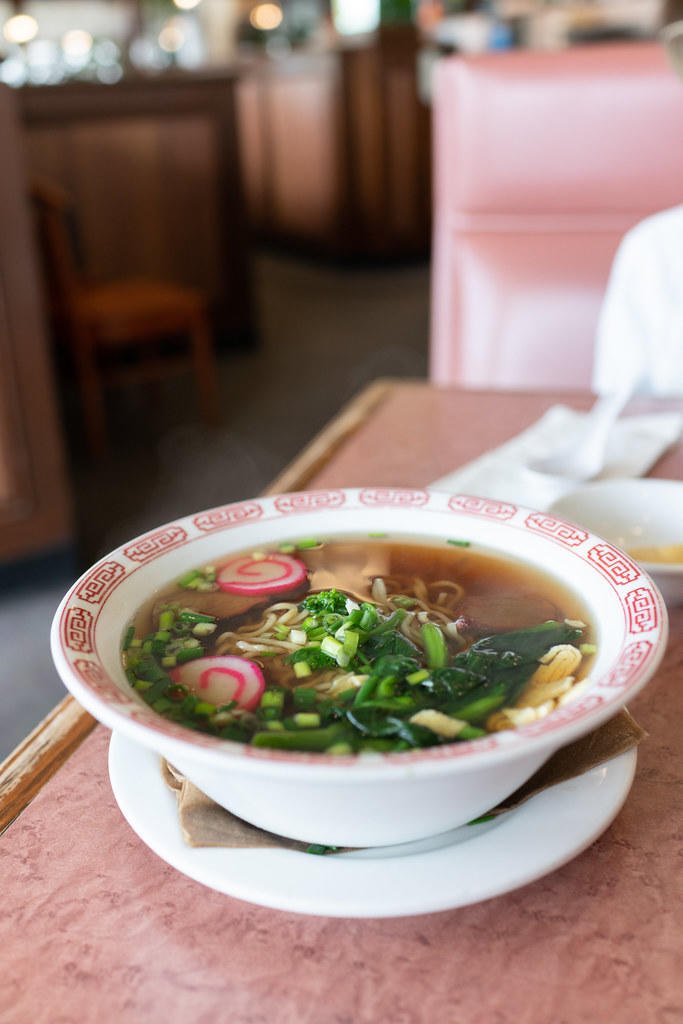 Ever hear that slogan? It was part of Zippy's marketing campaign back in the 90s. That campaign must have worked really well because it is still stuck in my head today. 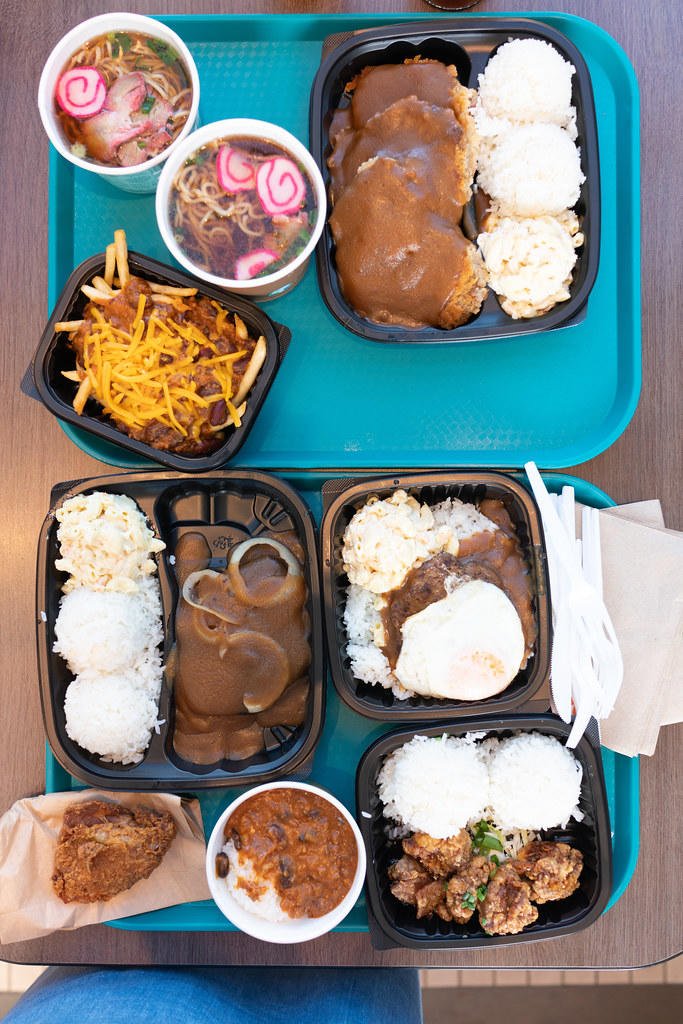 Everyone goes to Zippy's. Everyone loves Zippy's. The food satisfies local cravings. It's not fancy, it's not that pretty, but it is tasty. The prices are fair (though they have gone up a lot in the past few years). There's something for everyone. 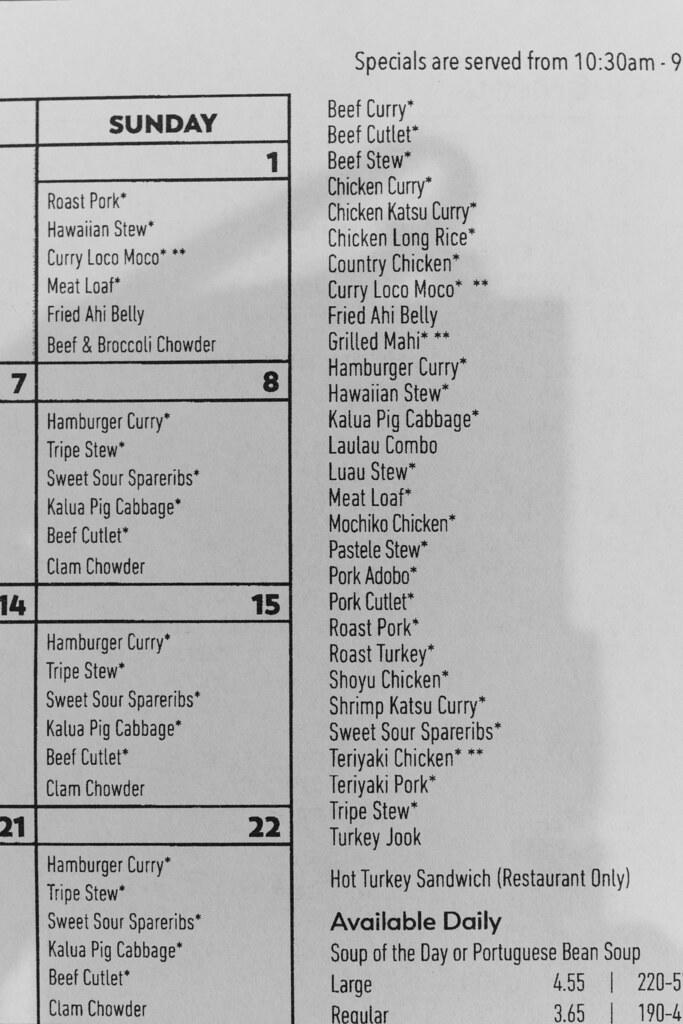 Zippy's is all about the local Hawaii food and some Hawaiian food (there's a difference between the two). Check out that list above. They have a main/permanent menu, and specials that rotate every month. 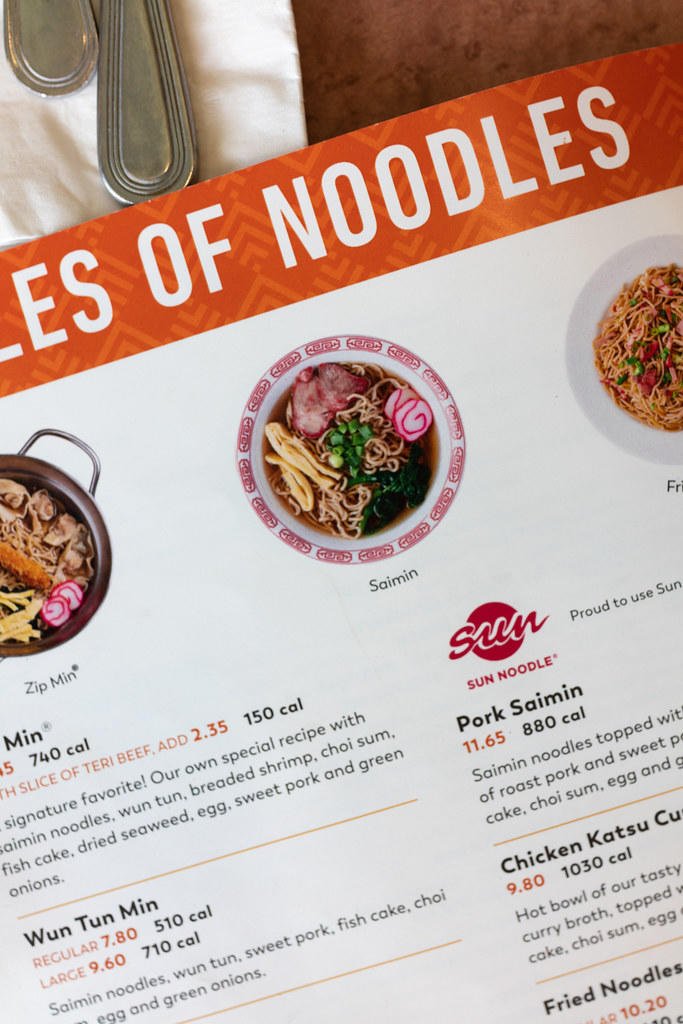 Many Zippy's locations have two sections: dine-in or takeout. Both sections have similar menus, it's just matter of deciding if you want full service sit down or just want to get something to eat quickly. Here are the differences:

For the takeout section, order at the counter and wait for them to call your number. You can either get the food to-go (Zippy's is a popular spot to pick up lunch to take to the beach or onto the plane...last taste of local food before heading back to the mainland!) or eat at one of the self-serve takeout tables. 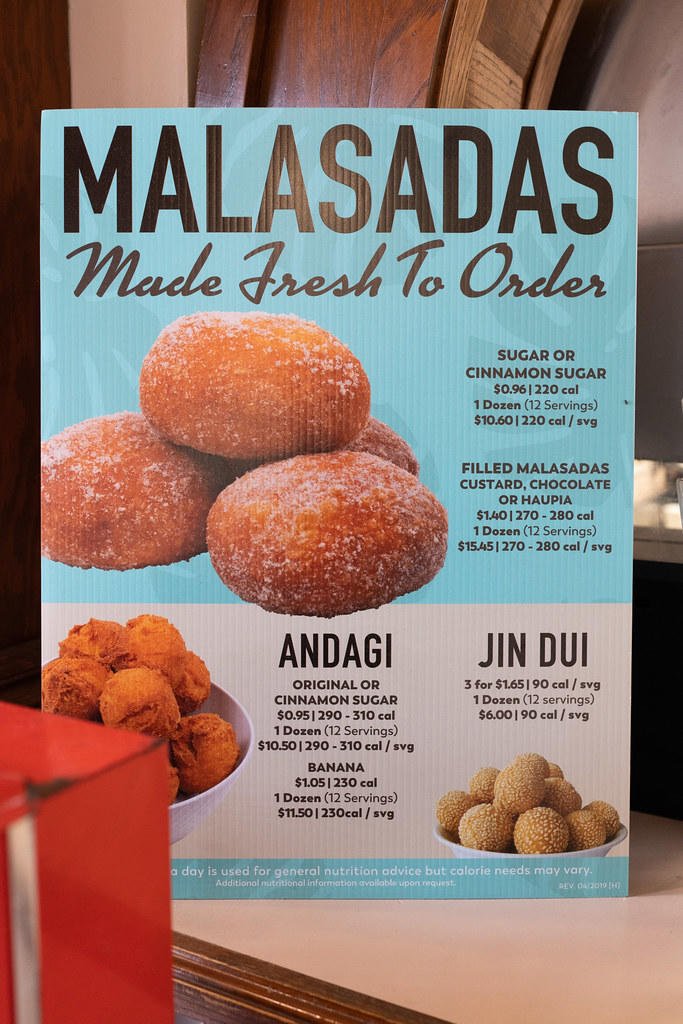 This is their signature bakery item. We ate a ton of Apple Napple as kids (we often stopped by Zippy's on the way to school...a hot Apple Napple  in the morning is bliss!) It's basically puff pastry stuffed with apple pie filling. They have other flavors but apple is the best. Can't go wrong.

Fried to order. It's very important to eat only fried-to-order malasadas (it won't taste nearly as good even 15-minutes out of the fryer).

Also fried to order! More about Andagi in this post.

I'll do a whole post about local Hawaii-style cakes soon, but Zippy's/Napoleon's Bakery offers the whole range of local cakes including the popular Chocolate Dream Cake and Guava Chiffon Cake. 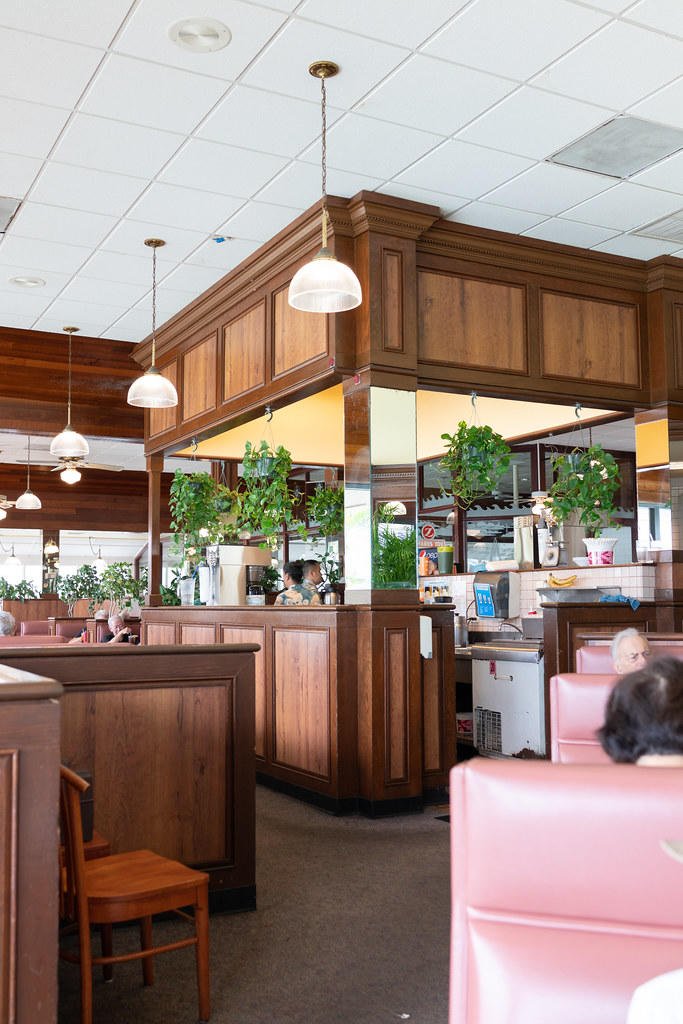 Zippy's has 24 locations across Hawaii (on Oahu, Maui, and Big Island). All locations are open 24-hours!

This it what locals consider the "fancy" Zippy's location because it's well kept and in a nice neighborhood (though it doesn't necessarily cost more than the other locations). It has takeout, bakery, and dine-in. Conveniently located across the street from the wonderful Kahala Mall!

The Hawaii Kai location is located at Koko Marina Shopping Center. The takeout and bakery area is open air. If dining in, make sure to ask for a table by the window to get great waterfront views, so peaceful.

This location is in the center of town and always busy. It's also the first location of Zippy's (they opened on October 17, 1966)! There's takeout, bakery, and dine-in.

They are opening a Zippy's in Las Vegas! Las Vegas is considered the 9th Island of Hawaii (so many Hawaii people live and/or visit Vegas often), and you can find great local food there. Opening Summer 2020. 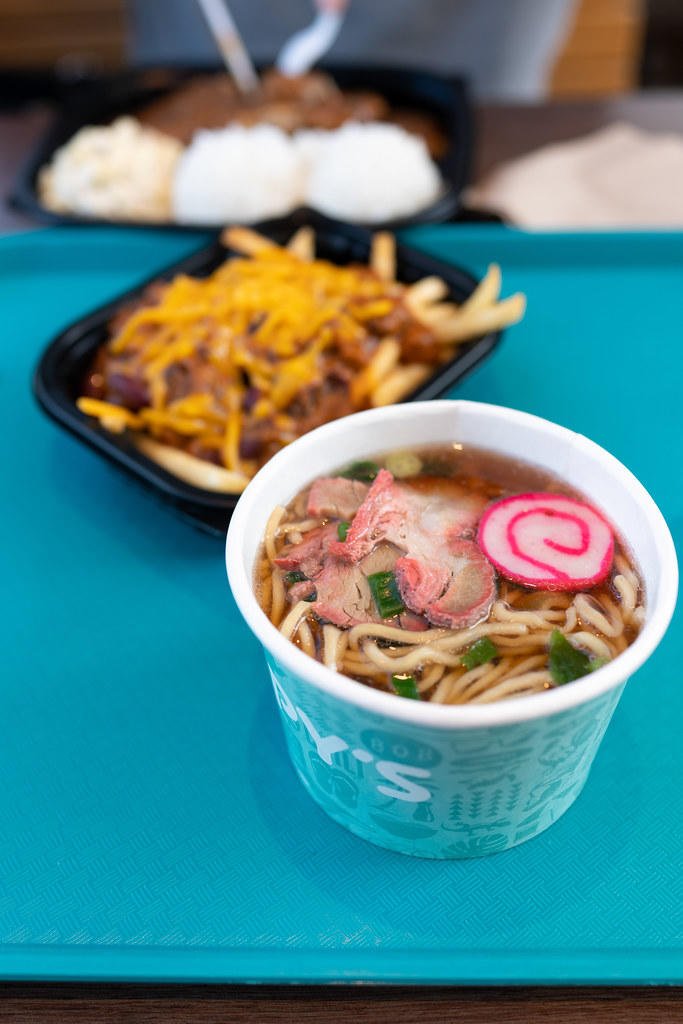 What To Order at Zippy's

Ok, the good part!! The Zippy's menu is enormous, but there are several items that are extra popular. Think of these as Zippy's signature / best known dishes:

Do you know what saimin is? If not, read this post first.

Then order the saimin at Zippy's! Zippy's does a classic, warm and satisfying bowl of saimin. My usual at Zippy's is: one order small saimin, one order chili-cheese fries. It's the ideal lunch for one.

If you dine in, order the Zip Min, which is a deluxe saimin that includes regular saimin PLUS toppings of wontons, fried shrimp, and choi sum. Also includes the standard fish cake, dried seaweed, egg, char siu, and green onions.

The Zip Pac is an iconic Zippy's dish. With the Zip Pac you get a little taste of everything. It's almost like a local Hawaii-style bento! There lots of rice topped with furikake, fried chicken, battered and fried fish (with tartar sauce on the side), a slice of teriyaki beef, and a fair slice of Spam. And of course, don't forget the takuan (pickled daikon radish). 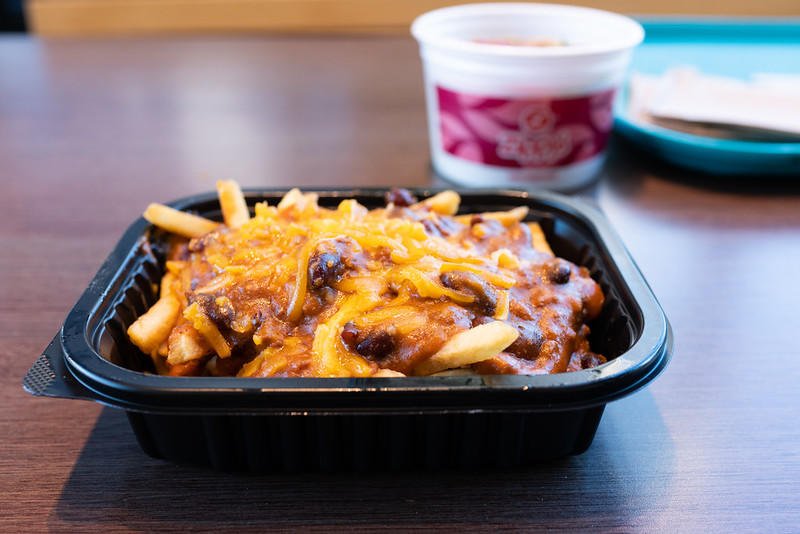 Zippy's chili is FAMOUS. So famous that parents buy it, freeze it, and mail it to their college kids on the mainland. Even the local supermarkets carries Zippy's chili. First decide if you want regular chili (with beans) or no-bean chili. I always get the regular.

The decide how you want your chili. Popular options:

People have been trying to figure out the recipe for Zippy's chilis for YEARS, but it is top secret. Some say that the secret ingredient is mayo! Kinda neat idea. 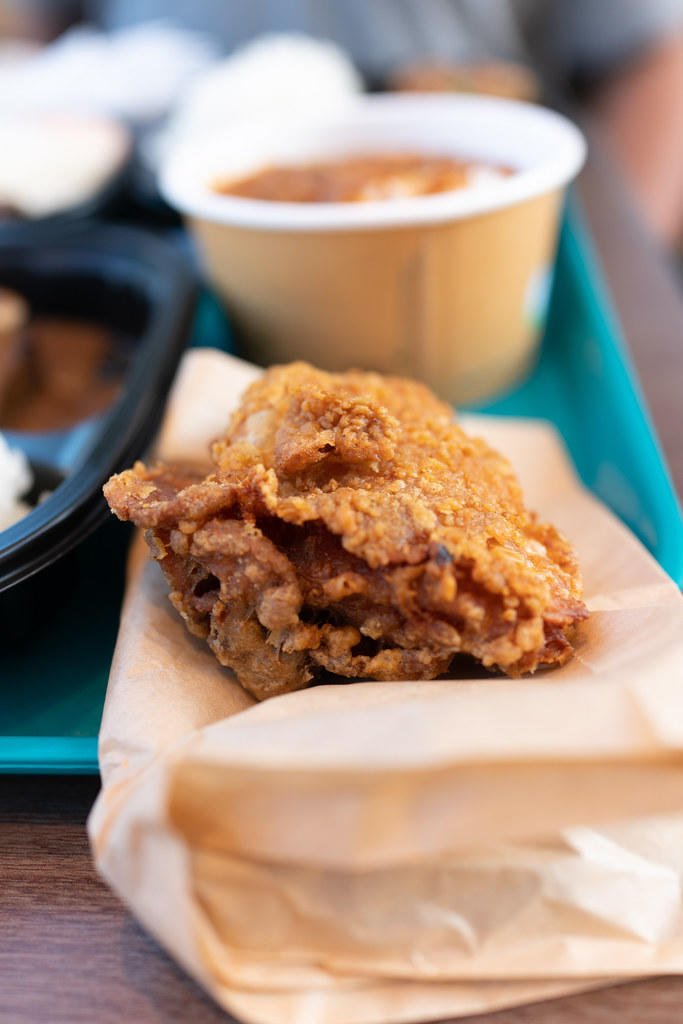 After all this mention about Zippy's fried chicken, you know this had to make the list! You can order the chicken by the piece (my mom likes it as a side with her saimin), or as part of a plate lunch, or...by the bucket! Definitely get a side of fried chicken in addition to anything else you order. Enjoy ^_^

Kathy, I found your blog while vacationing in Oahu right now. Everything you wrote is more real while reading it from the island:). I have to say tho, my wife and I like Rainbow Drive-in chili better than Zippy's. Considering we only have 2 weeks left before we go back home in PA, we might not have time to go back to Zippy's and try different food there. Do you have an entry for L&L? That place seems to be everywhere and even though I am guessing it's not the best fast food restaurant to represent Hawaiian food, we've been getting for from there twice out of convenient and familiarity.

Aloha Eric! Thanks for the kind words, I'm so happy the blog is coming in handy. I've been working on an L&L post (and a Rainbow's one!) but don't have them up just yet. So much good food, so little time! Am a fan of them both :) Enjoy your vacation on Oahu! - Kathy

How's the shoyu chicken, if you've ever had it there? It's my favorite thing at Rainbow - every trip I make sure to go to Rainbow on shoyu chicken day.

Hi Brent! Happy New Year! I haven't tried shoyu chicken at Zippy's...but that's because I also love the Rainbow's one ahaha. Now you have me craving it again ^_^ - Kathy