Poke is made to order at Ono Seafood, a tiny, low key spot that offers some of the best poke bowls and poke by the pound in Hawaii. Ono Seafood is just five-minutes from Waikiki and a must-visit when on Oahu. 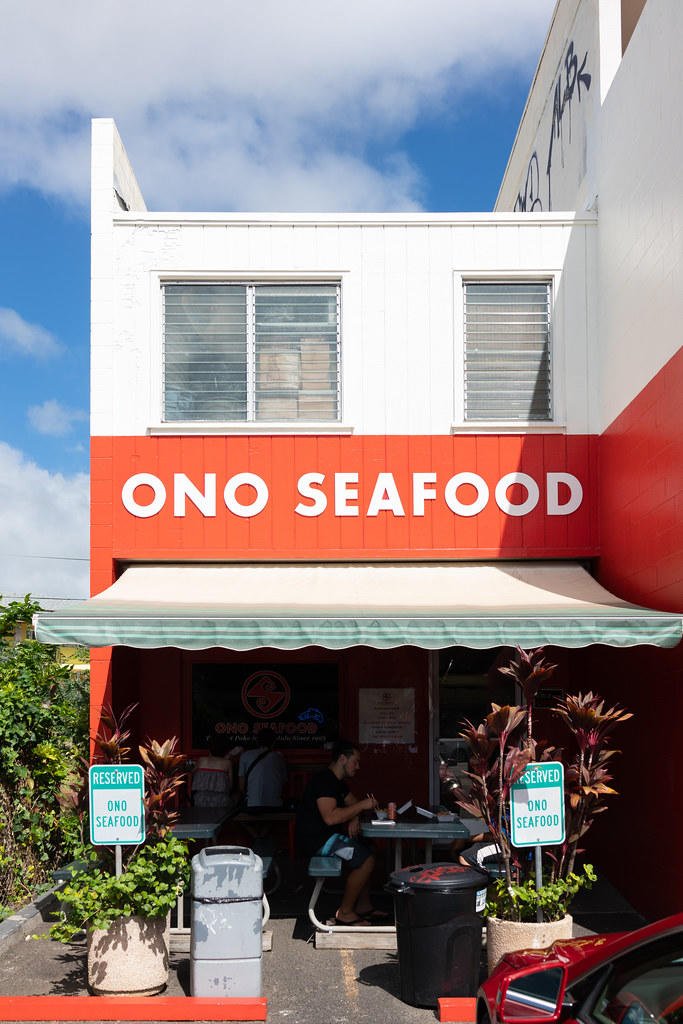 Check out this local favorite on Kapahulu Avenue. 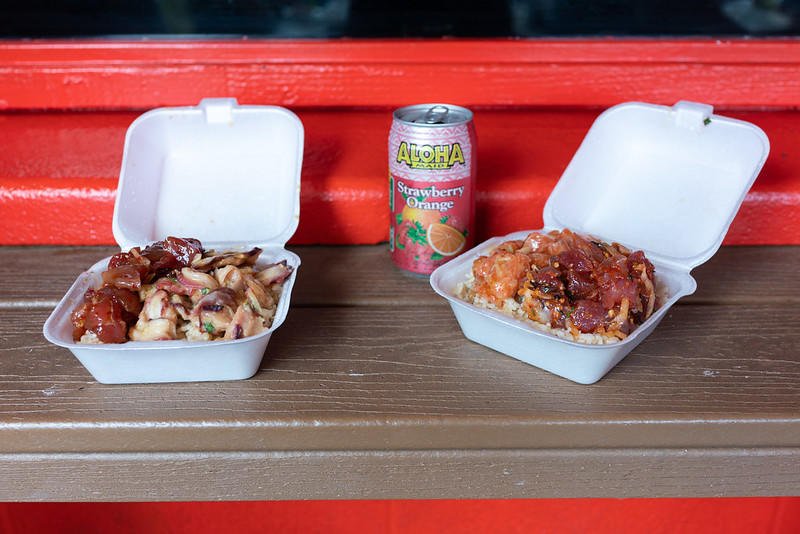 What Is Ono Seafood

Ono Seafood is an excellent spot for poke and poke bowls. The fish here is so fresh and poke is made to order. Ono's is one of my favorite spots for poke in Honolulu (I've been going for over a decade!) I eat at Ono's with family often, and also bring every friend who visits Hawaii.

Like most poke spots in Hawaii, Ono's is casual. Order at the counter, seat yourself, and enjoy. It's a great pre-beach, pre-exploring the island lunch. It's also a fun place to meet friends for a quick lunch...everyone loves poke ^_^ 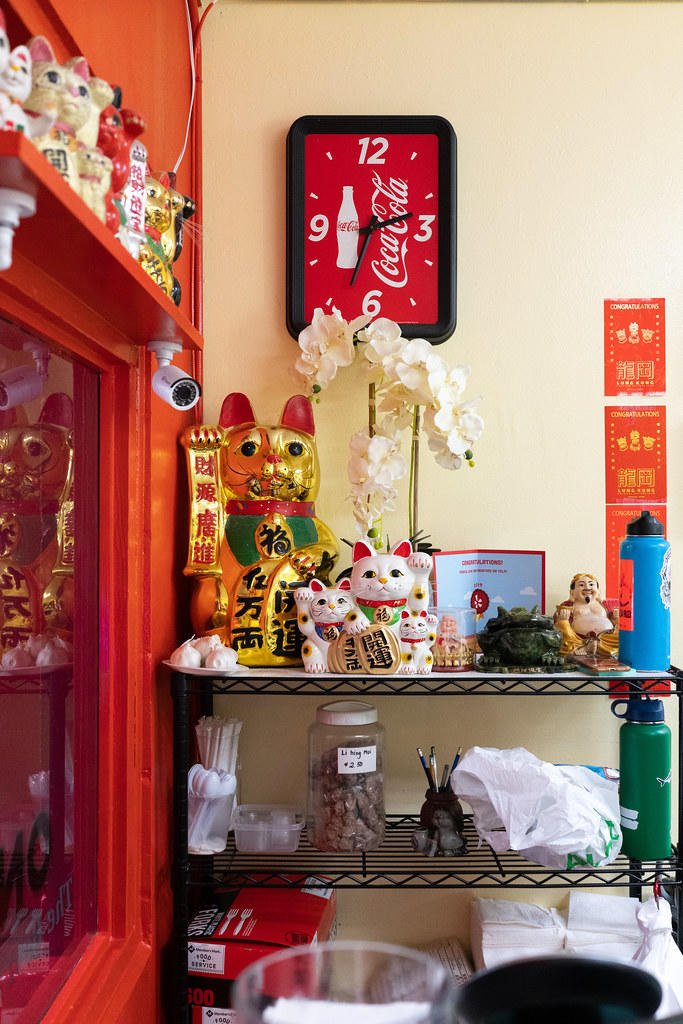 Where Is Ono Seafood

Ono Seafood is located on a popular stretch of Kapahulu Avenue (5-minutes drive from Waikiki). It's also really close to Lenoard's Bakery and Waiola Shave Ice, so make sure to stop there after for malasadas and shave ice. 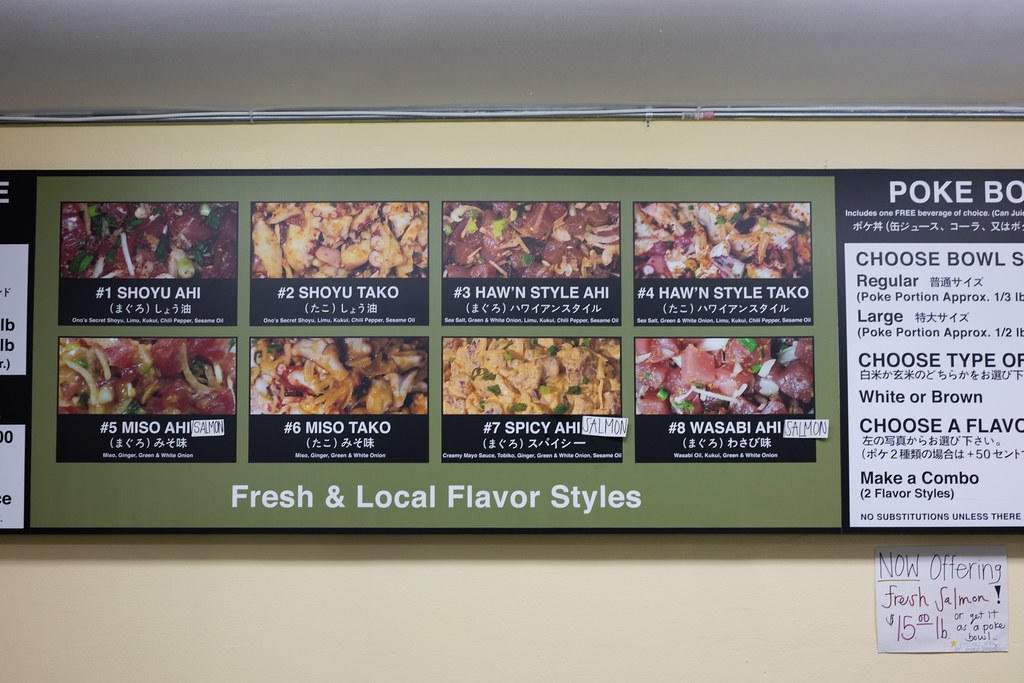 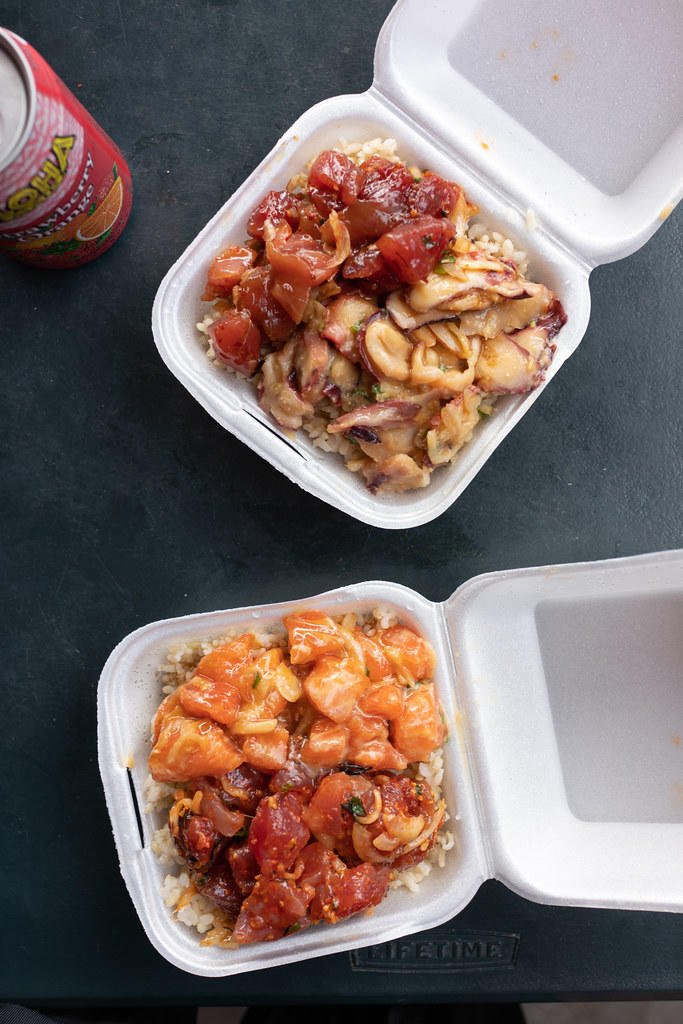 What To Get At Ono Seafood

Poke bowls are the signature/main item at Ono Seafood. After you have Hawaii poke, you can never go back to the mainland versions :). There are two bowl sizes, regular ($11.75) and large ($13.75). I get the large which is a perfect size for lunch. It comes with rice and two poke choices.

Sashimi And Poke By The Pound

All poke is also sold by the pound (so you can get just poke and no rice if you prefer). We like to buy poke by the pound for dinner, snack, etc. We actually purchase by the pound more often than getting poke bowls. It's about $25/lb for ahi poke, $17/lb for tako (octopus) poke, and $15/lb for salmon poke. Prices fluctuate with the market.

You can also get sashimi by the half-pound tray for $15. 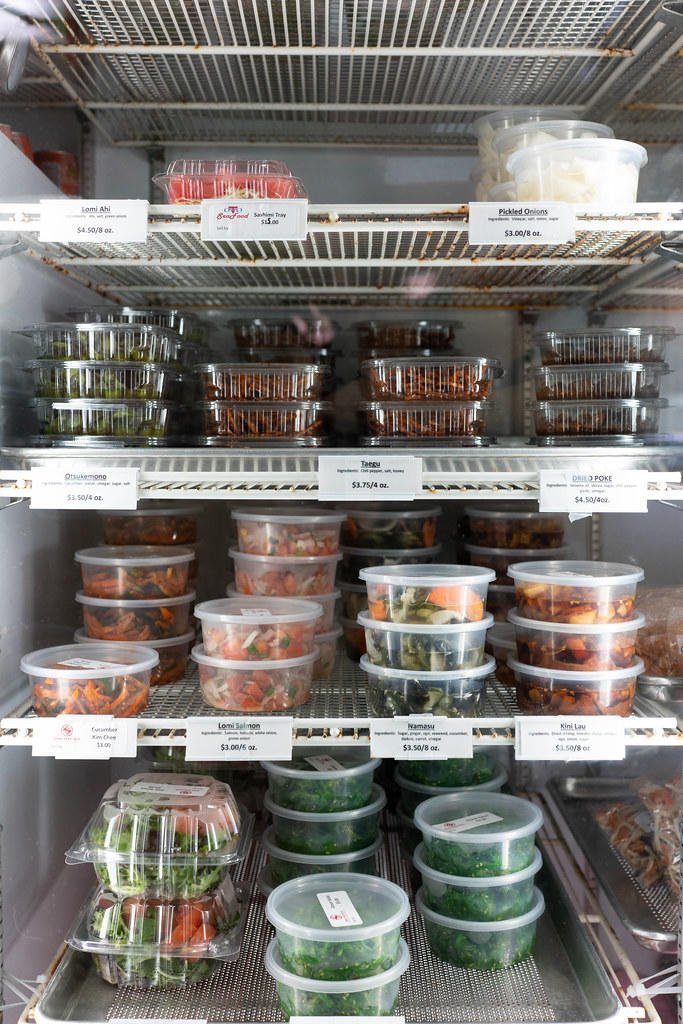 There are a ton of savory treats in the refrigerated section at the back of the shop. Don't overlook this part, so many goodies! You can find everything from seaweed salad, to lomi lomi salmon (here's a recipe to make at home), namasu, and... 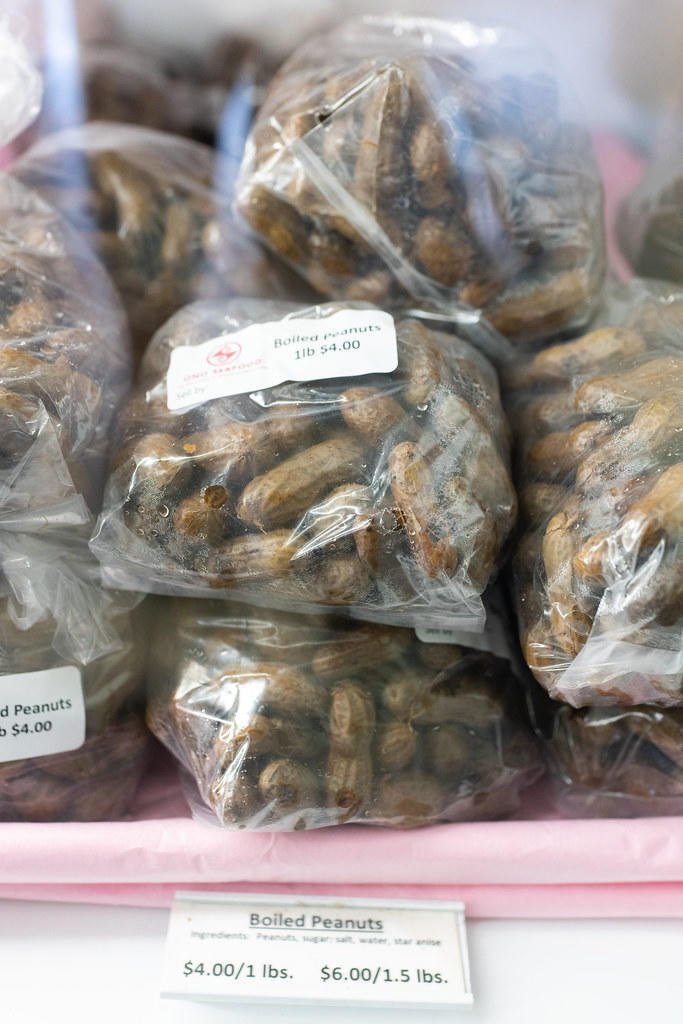 ...even local-style boiled peanuts (recipe included in that post). 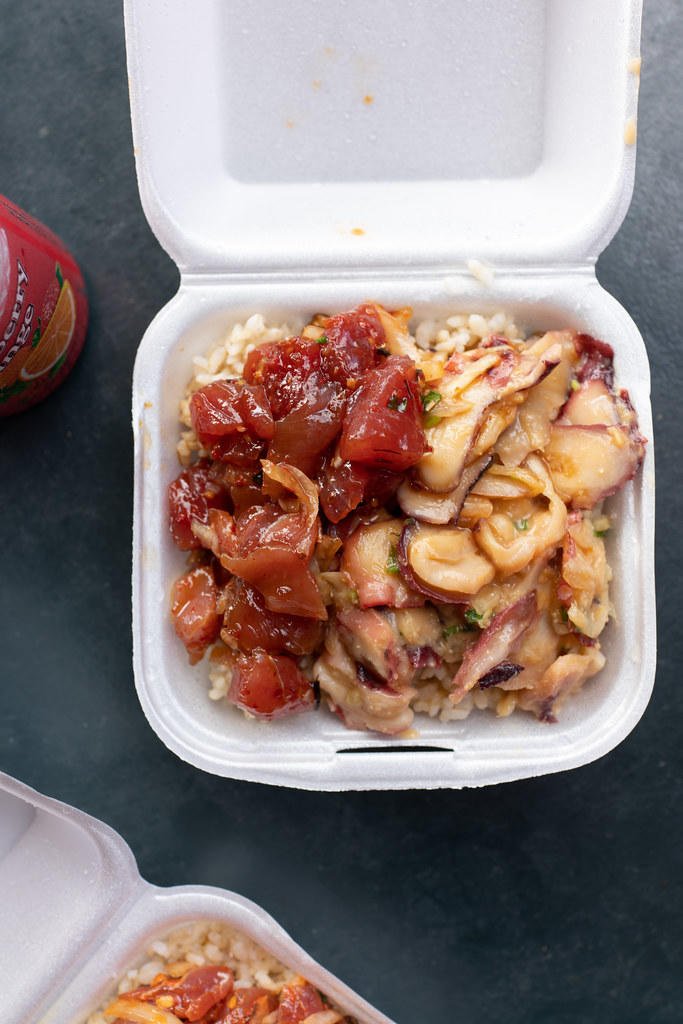 Hawaiian-Style Tako on the right, Shoyu Ahi on the left

There are a few parking spots directly in front of the Ono Seafood entrance (you literally face right into the picnic tables where people eat). Those spots are hard to get unless you go at a random time (think 9-10am or 2-3pm Tuesday).

You can also find street parking which is a hit or miss. I've definitely circled the area for 10-15 minutes before giving up and going to Maguro Brothers, Ahi Assassins, or Yama's Fish Market to fill that poke craving. 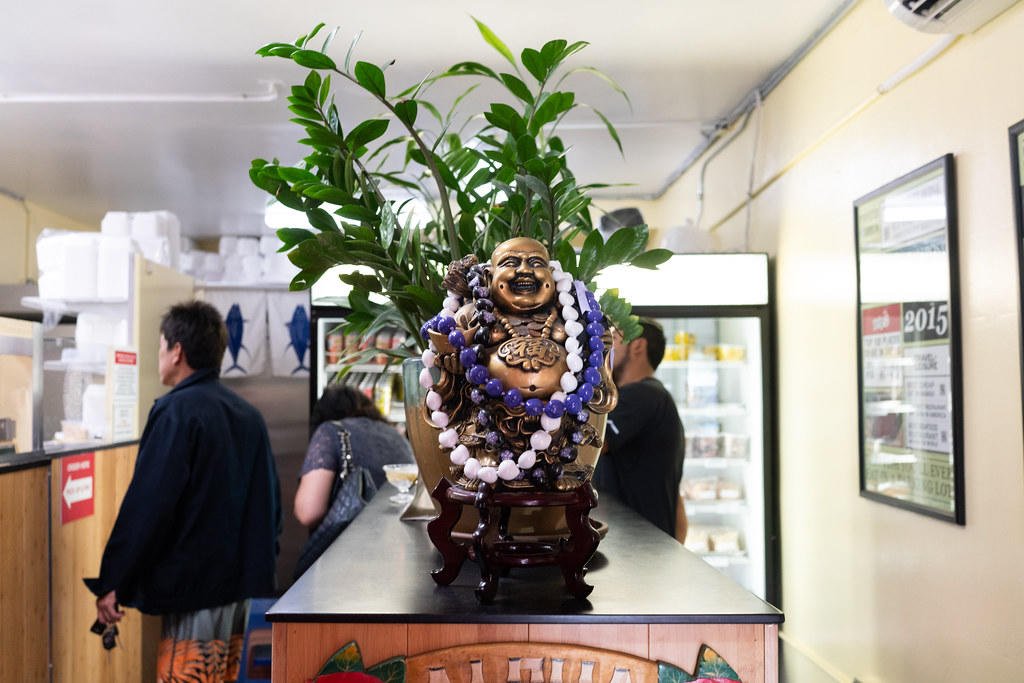 Try your best to go at a random time. Either in the middle of the afternoon around 2-3pm, or early morning when they open at 9am. When it's busy here, it's very busy. Space is tight, it's hot and sunny, and there's just a little seating (though we are grateful they even have seating because many poke spots do not).

During off hours, it's downright peaceful...bliss!

The main/original Ono Seafood location opened in 2006 at 747 Kapahulu Avenue. This is the location you should visit if it's your first time.

In July 2019, they opened a second location in Kalama Valley (501 Kealahou Street) - this location is great if you're heading to Sandy Beach, Hanauma Bay, or doing one of those scenic around-the-island-drives. 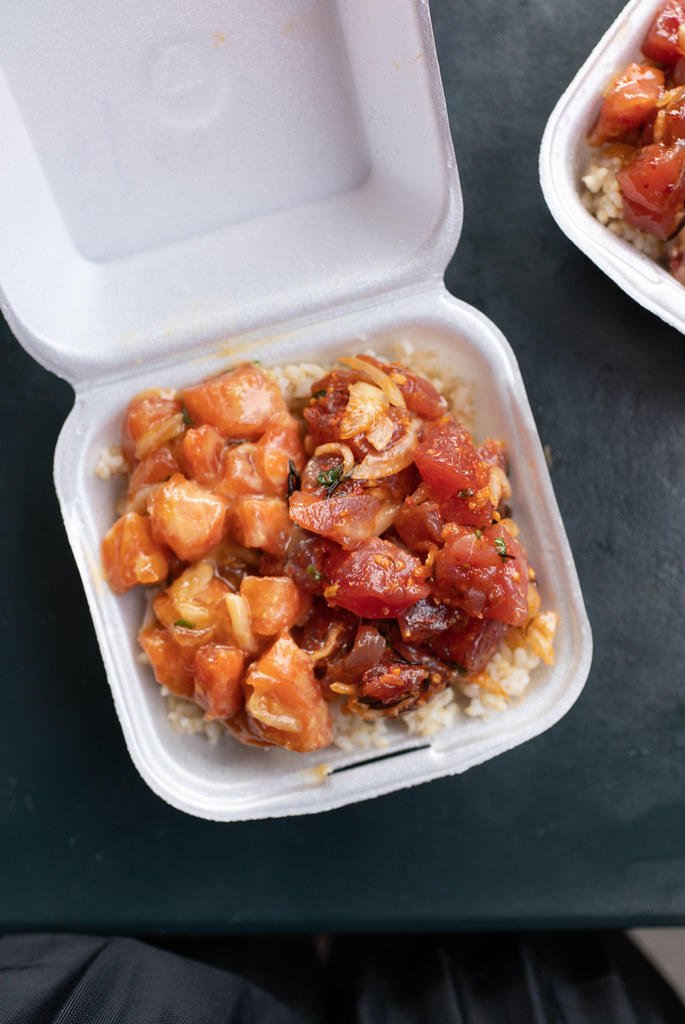 Hawaiian-Style Ahi on the right, Miso Salmon on the left