Manju is a Japanese pastry traditionally filled with sweet azuki beans. Hawaii has a specific style of manju, baked and flaky, with fillings like sweet potato, coconut, and even apples. 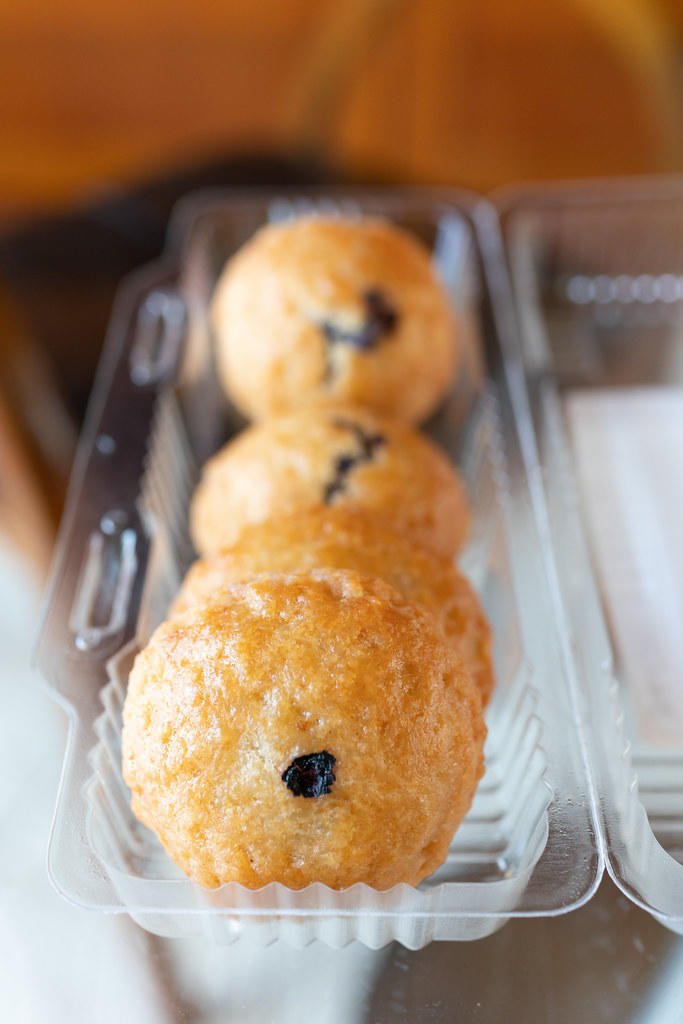 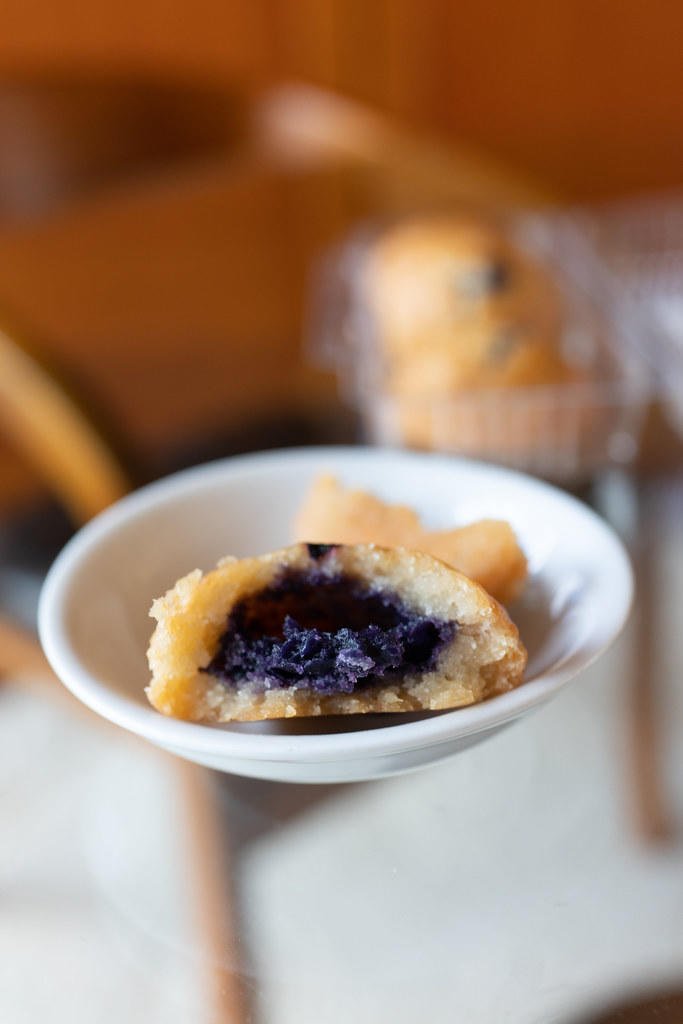 There are two commonly accepted origin stories for manju:

Manju are small, three-bite size pastries. The filling (which ranges from mashed, sweet azuki/red or lima/white beans to sweet potato*, apples, and even peanut butter) is wrapped with a wheat pastry dough. It's then baked or steamed.

In Hawaii, some places sell them by the individual piece, while others sell them as small box sets of 3-5 pieces. 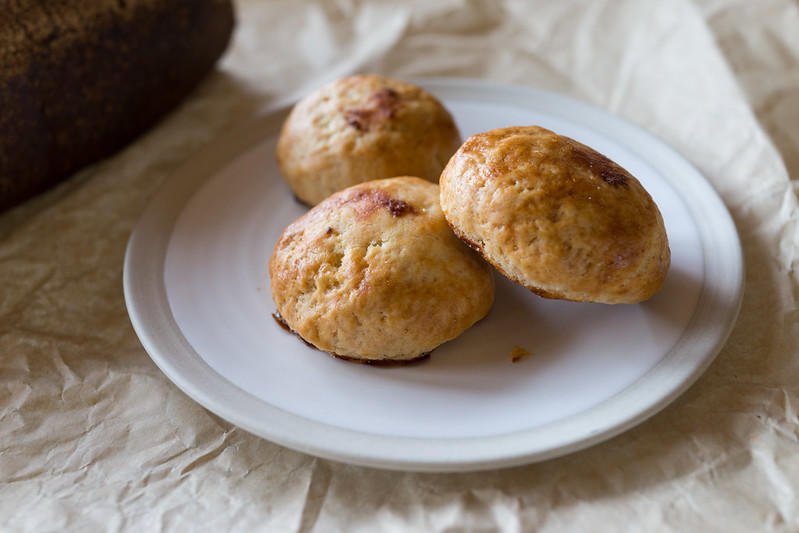 Manju came to Hawaii via Japan, and like everything that comes to Hawaii, it eventually got "Hawaii-ized." We adapted manju to fit the local tastebuds in Hawaii...and so Hawaii-style manju was born!

Japanese mostly steam the manju. Hawaii mostly bakes the manju (though Nisshodo on Oahu is the one place that makes a steamed version). 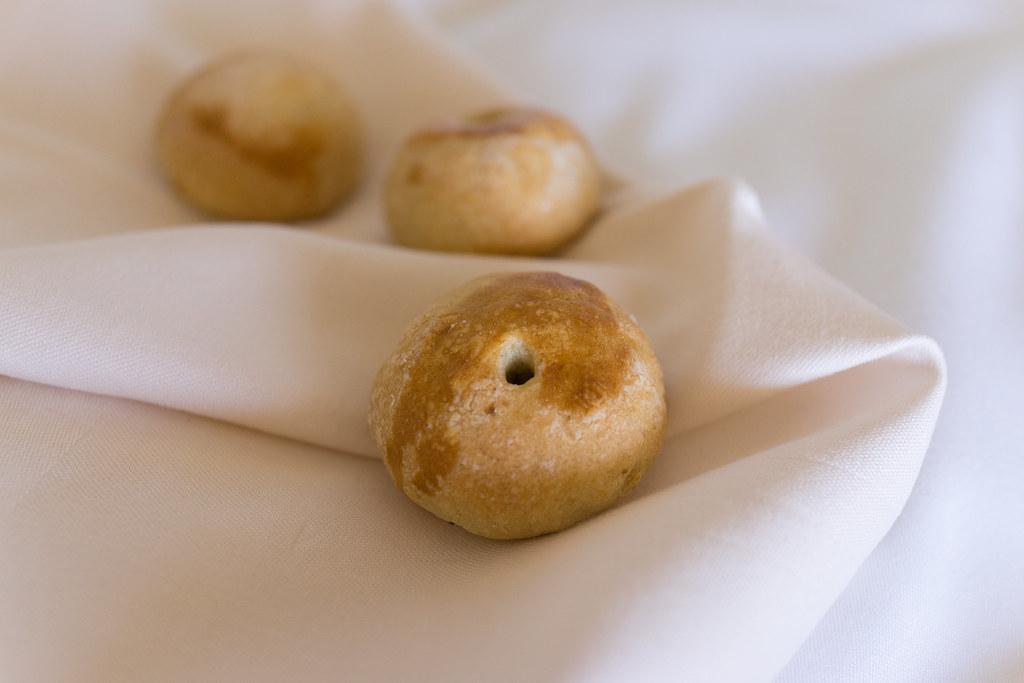 So now you know Hawaii-style manju = baked and flaky. But did you know within that category, there is a smaller category called Maui-style manju? 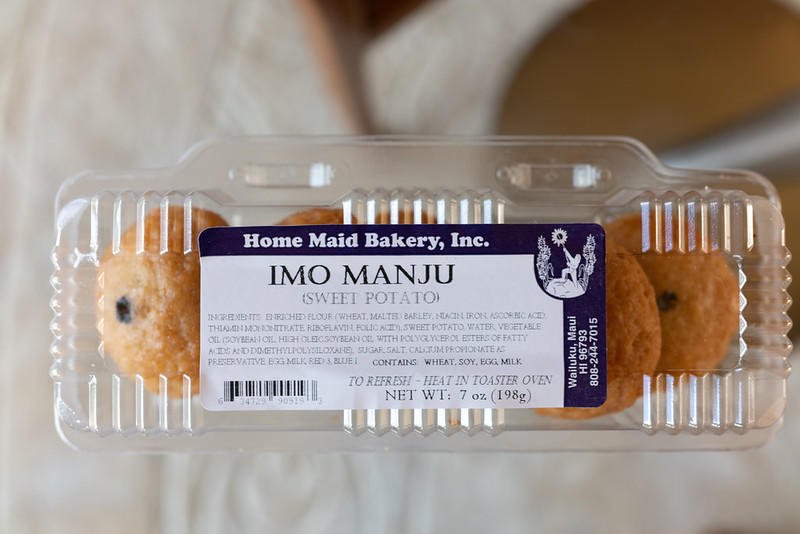 Yes, this is island specific! Maui is the most famous island for manju. They are wonderful! Flakier, golden, and richer than the rest. People call it "Crispy Manju" because it tastes like it was fried (even though it's baked) or made from a super buttery pie crust dough.

The best place to try Maui-Style / Crispy Manju is at Home Maid Bakery. More below on where to find these gems...

Where To Get Manju In Hawaii

You can find manju on all the Hawaiian islands. Here are a few spots I love: 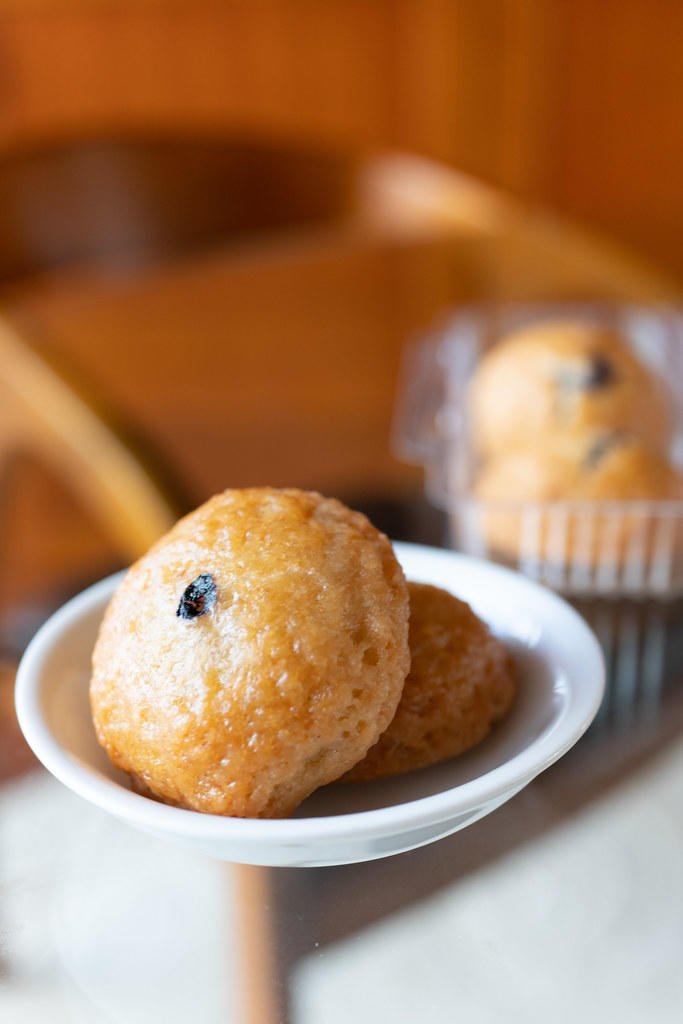 Home Maid Bakery (aka home of the "crispy manju") is the single most famous place in Hawaii for manju. People will not argue if you declare them the best. The make the lightest, flakiest manju around! They come in many different flavors:

If you can't get to Maui, you can find Home Maid Bakery's manju at two (that I know of) stores on Oahu. They ship weekly to:

FYI, I like to warm the manju in the toaster oven for a few minutes. A hot manju is heavenly! 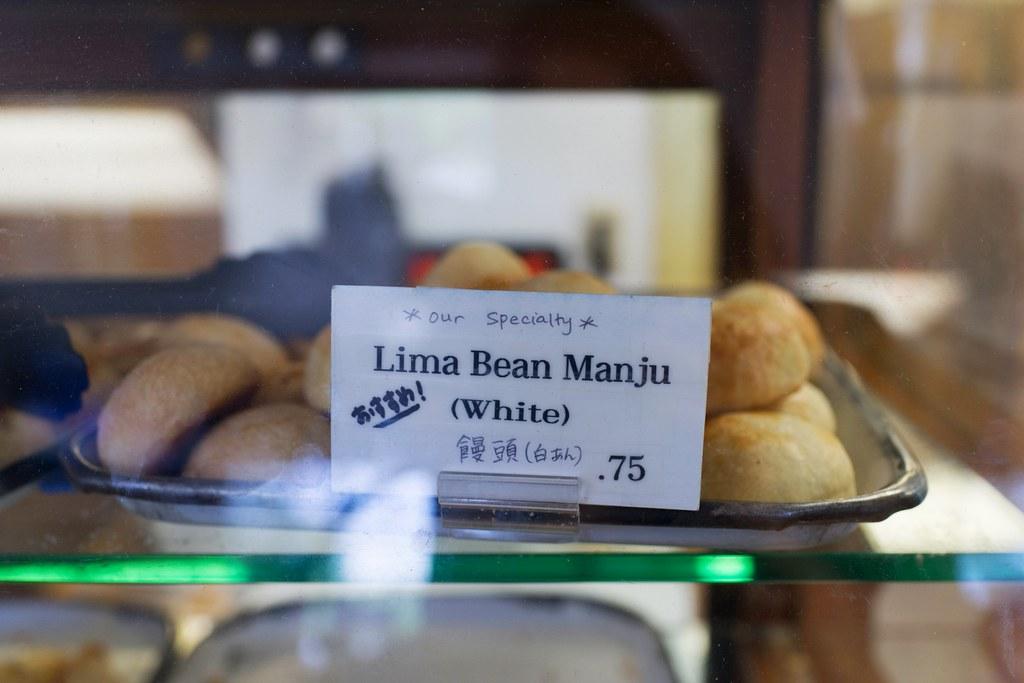 White Manju is more popular but it's fun to try both to compare. Details in this post. 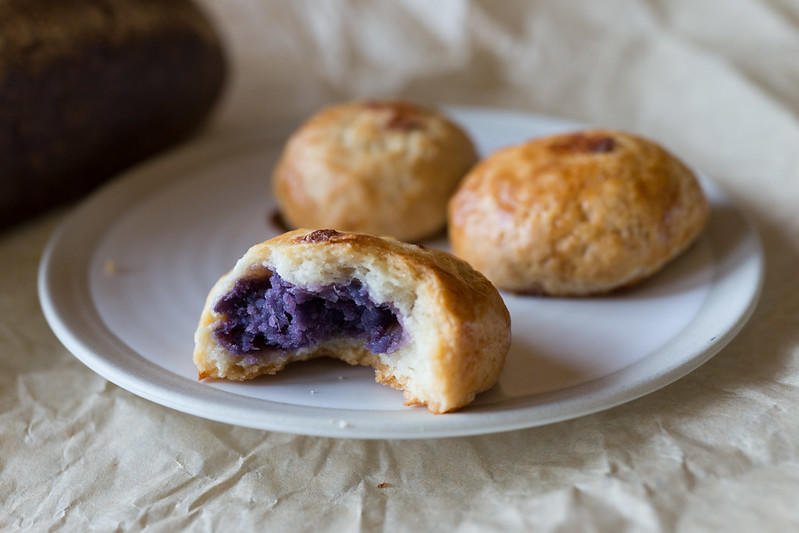 The sweet potato manju here is very good but I've only spotted them twice on random occasions. Be sure to call ahead if you're going to Pipeline specifically for this. Also, make sure to get malasadas and pumpkin crunch when you're there! 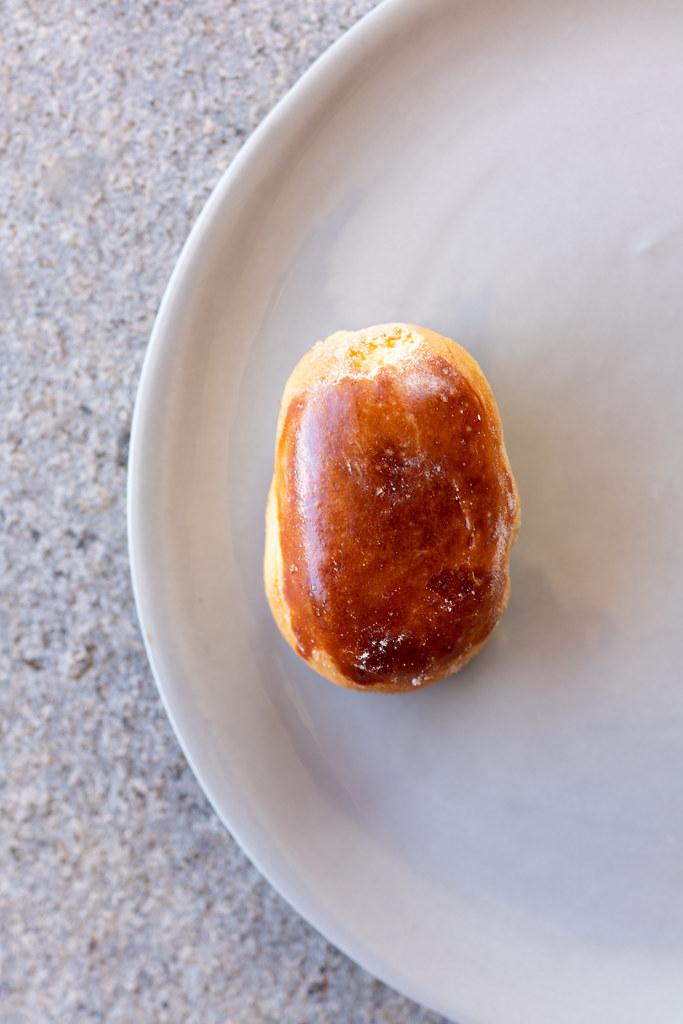 The steamed one is called:

The baked ones (three different types) are:

More details about what to get at Nisshodo in this post. Enjoy ^_^

Larry’s Bakery in Aiea made Okinawan Sweet Potato Manju in the 1980’s that I fell in love with. Tried to get them to ship it in the 1990’s but no go. I finally found a recipe my family loves. I guess it’s an IMO Hawaiian Manju. Flakey crust with sweetened Purple Sweet potatoes inside. Loving my Hawaii here in Michigan (where my Pluneria tree blooms in my house)!

Omg I looove manju. I heard they are a bit labor intensive to make because you have to cook the azuki beans til they're dry. My Japanese assistant used to bake them for me. That was decades ago and they're really hard to find here.

PS: You're blog keeps getting better and better. The Hawaiian Chamber of Commerce or Tourist Board should sponsor you.

Wow that is ambitious (and you are lucky!). I've never tried making manju before...what a treat.

Thank you SO MUCH for the kind words, it means so much to me. It would be a dream to work with Hawaii commerce or tourism. You made my week ^_^