Pumpkin Crunch Bars/Cakes and Lemon Crunch Cakes are popular local desserts in Hawaii. Growing up, we ate them often at birthday parties and potlucks. Now as adults, we make it at home or buy it from local bakeries! 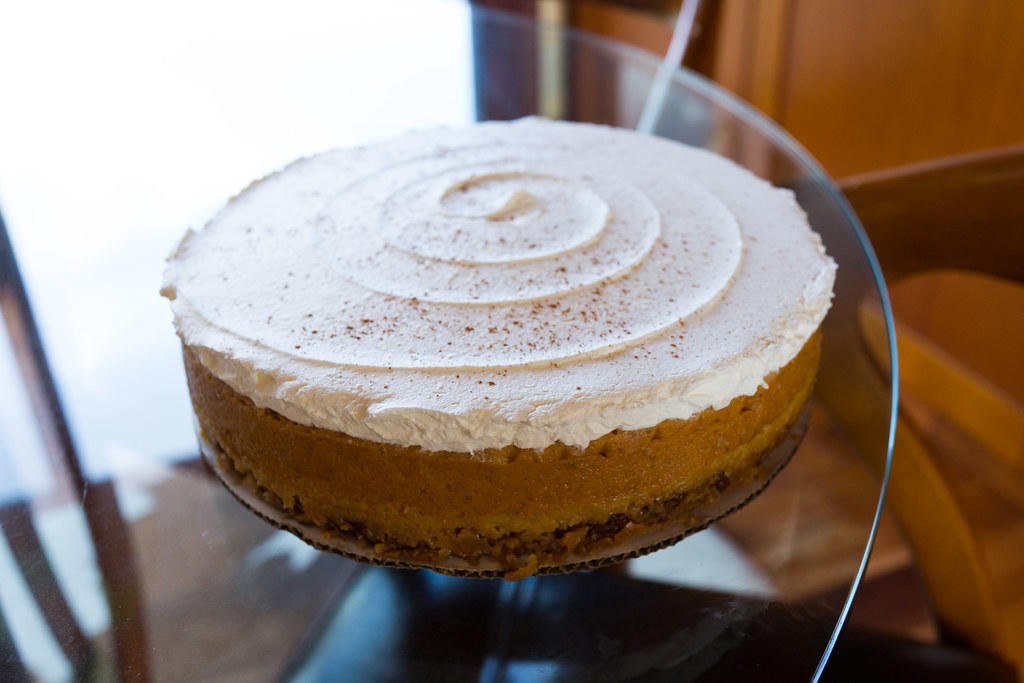 In Hawaii, we have a popular dessert called Crunch Bars/Cakes. It comes in two flavors: Pumpkin Crunch or Lemon Crunch. They are both so good, and the only thing they have in common with each other is the crunch element.

We love textures in dessert, and Pumpkin Crunch and Lemon Crunch are great examples of this.

FYI, Pumpkin Crunch comes in the form of bars and round cakes. Lemon Crunch usually come as round cakes. 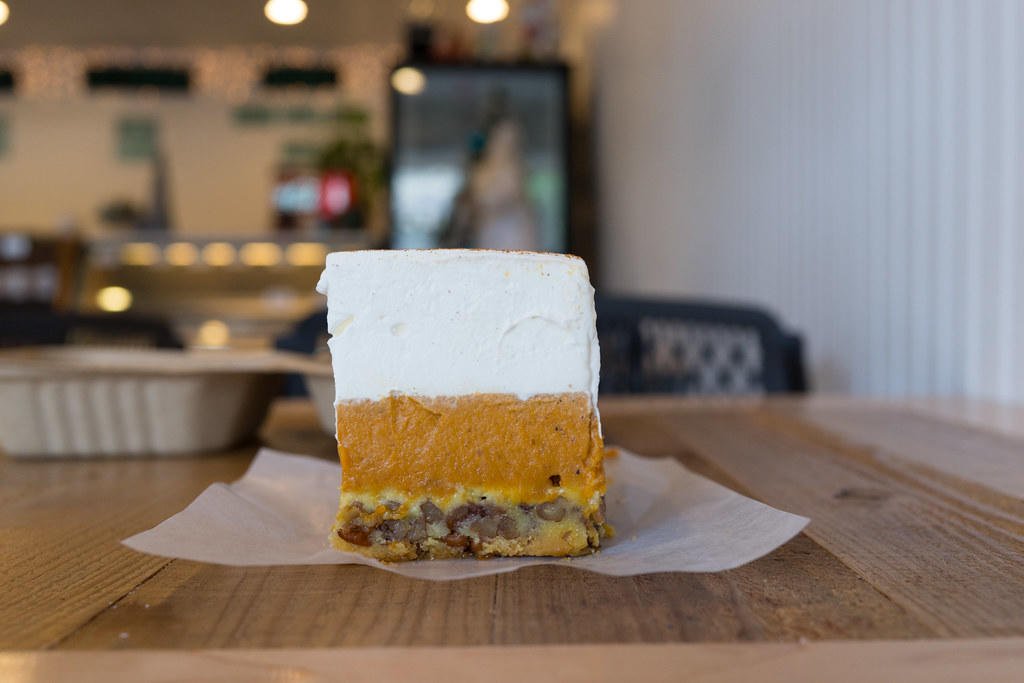 What Is Pumpkin Crunch and Lemon Crunch?

Pumpkin Crunch and Lemon Crunch isn’t unique to Hawaii (nor is it a Hawaiian dessert, more here). But there’s something about the way it’s made in Hawaii (“local-style!”) that makes it taste much better than the mainland versions.

There are three parts to a Pumpkin Crunch: 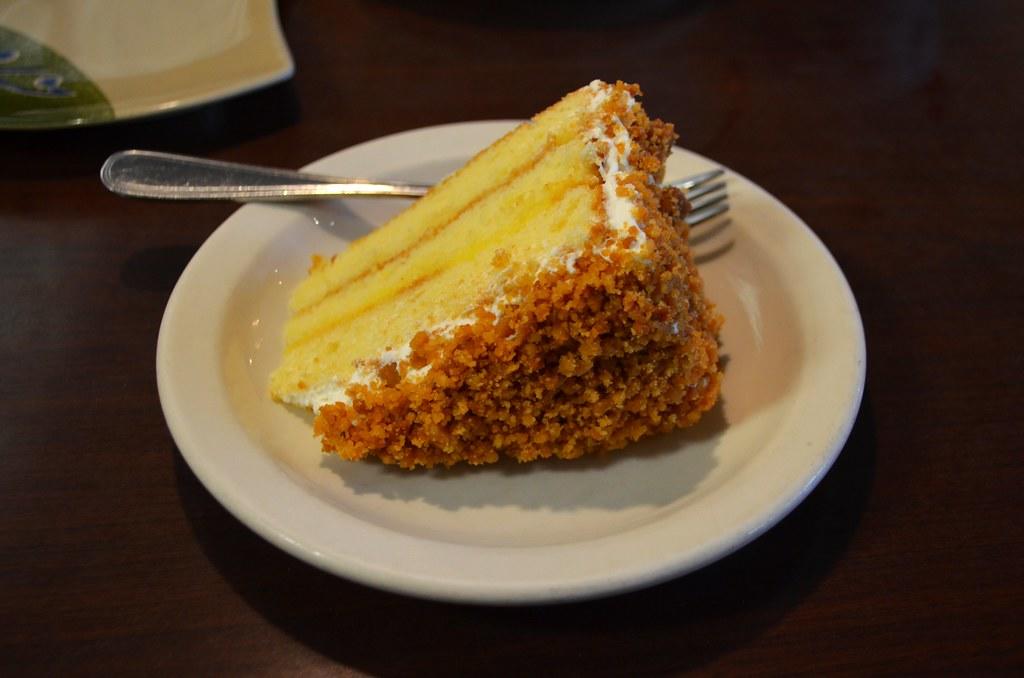 There are three parts to a Lemon Crunch:

Our local version of Lemon Crunch Cake was invented in the 1950s by Norman Hideo Asao, a baker at Alexander Young Hotel. The original dessert was called “Lemon Krunch Cake.” Those who remember eating this cake said it was amazing, so light and heavenly. I wish I could have tried the original 🙂 . 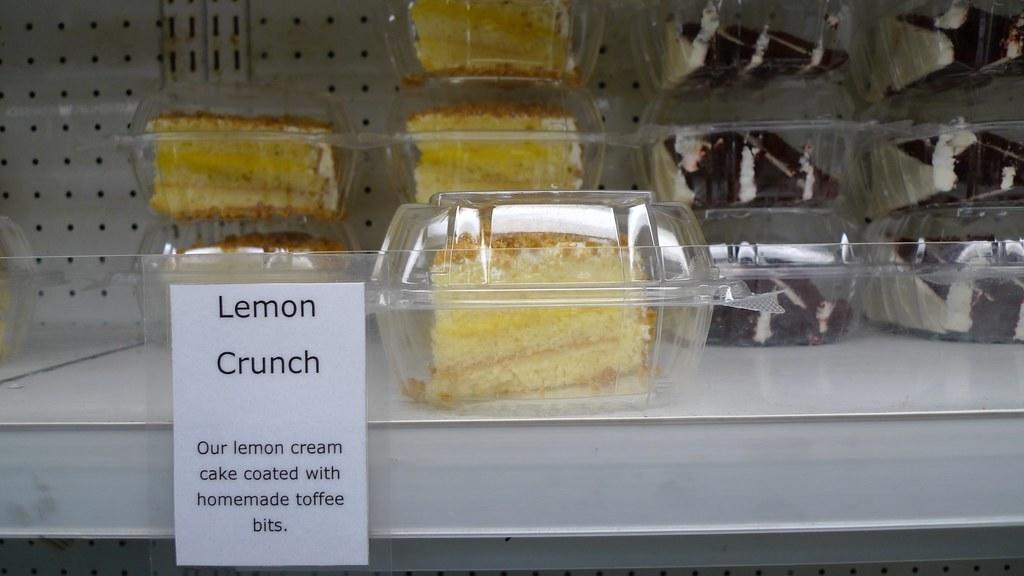 Where Does the “Crunch” Come From 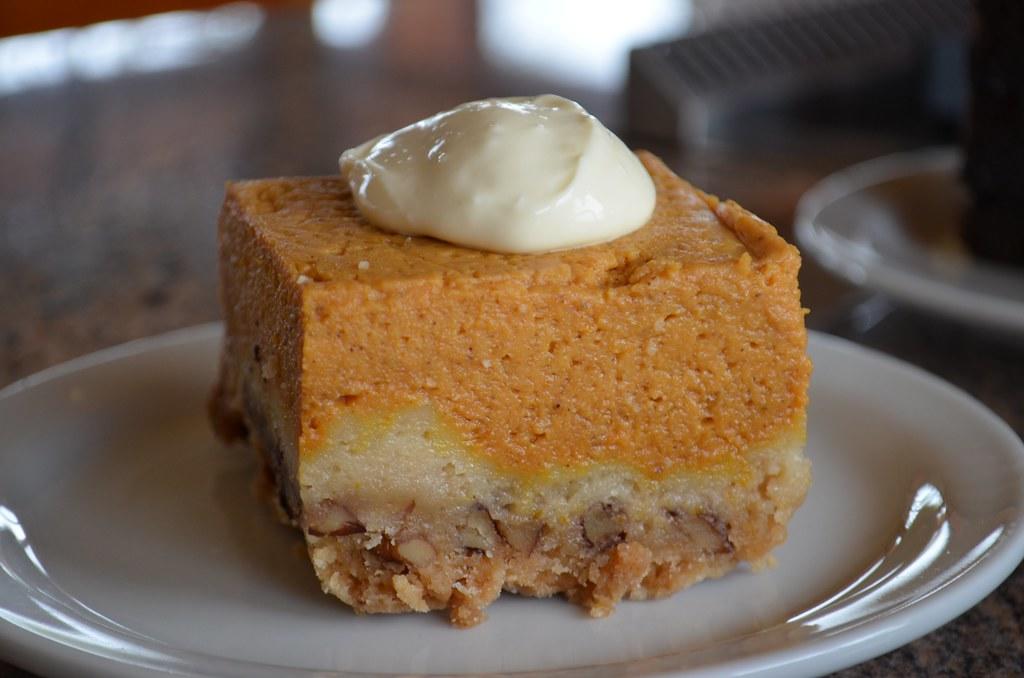 Do People Make Crunch At Home?

To make Pumpkin Crunch Bars, mix together a 15oz can of pumpkin, 12oz evaporated milk, 3 eggs, 1 cup sugar, and 1 teaspoon cinnamon. Pour that into a greased 9×13 pan. Then sprinkle an entire box of yellow cake mix over the surface of the pumpkin mixture. You just sprinkle on the cake mix dry, straight from the box. Then sprinkle 1 cup of chopped nuts, making sure to cover the entire cake mix surface (pecans and walnuts are popular, though I love macadamia nuts). Then evenly drizzle 1 cup of melted butter over it all. Bake for an hour at 350F, then cool and invert! Top with lots of whipped cream. Some people like to do a whopped cream cheese/cool whip/powdered sugar mix, but I like plain whipped cream.

I don’t see homemade Lemon Crunch Cake as often, (probably because it’s more involved and not as easy to serve for a crowd/larger local parties). 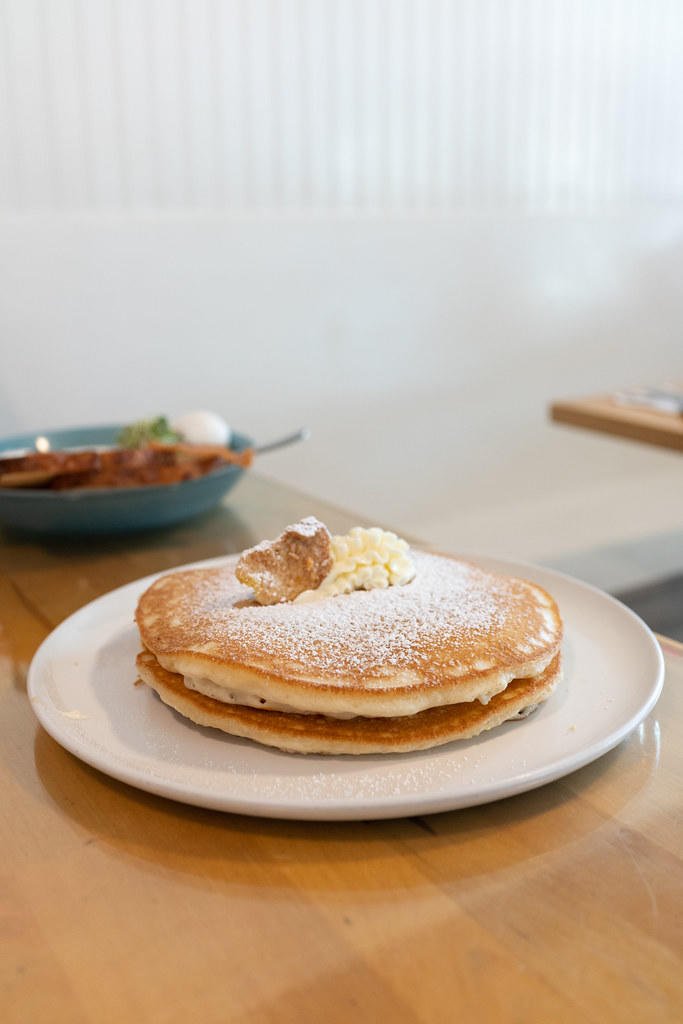 Seasonal Pumpkin Crunch Pancakes at Over Easy in Kailua

Pumpkin Crunch is so popular in Hawaii that some places make special pumpkin crunch flavored treats! Over Easy in Kailua makes super good Pumpkin Crunch Pancakes (with pumpkin crunch filling and cream cheese tucked between the pancakes, and the “crunch” element scattered throughout). Via Gelato in Kaimuki makes Pumpkin Crunch Gelato. Note: these are seasonal treats that are usually offered in October and November. 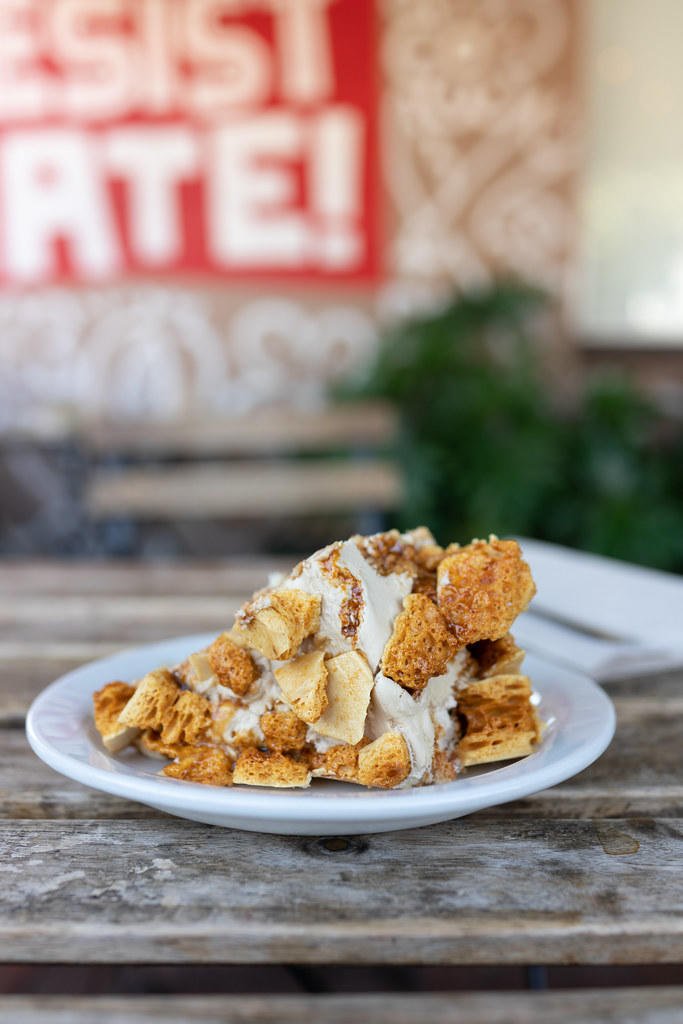 Crunch Cakes Outside Of Hawaii 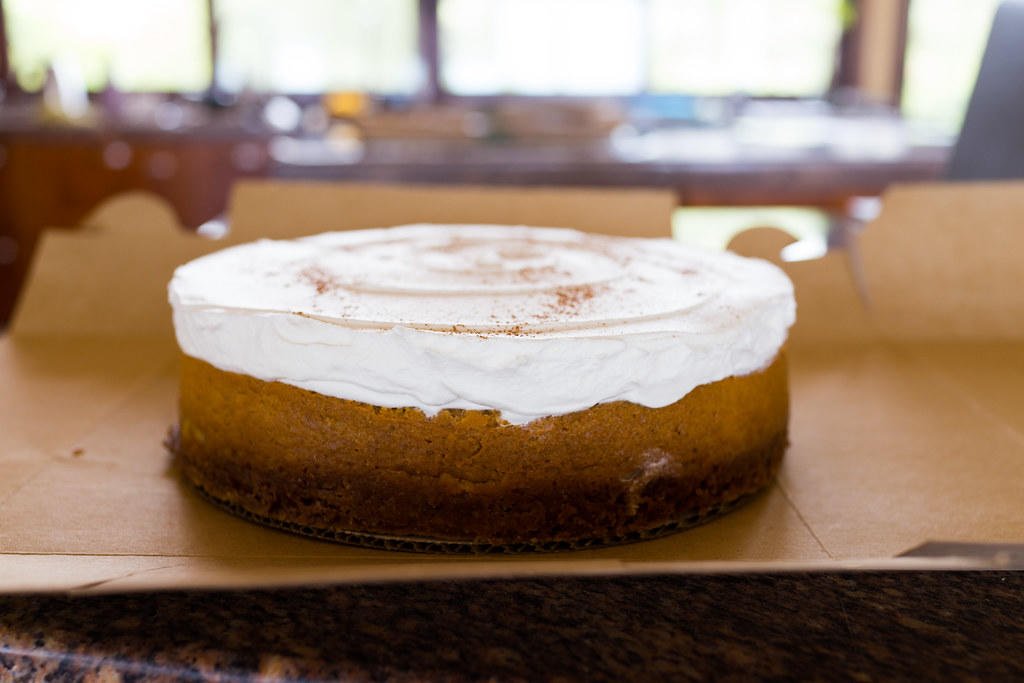 Where To Eat Crunch Cake in Hawaii

Below are my three flavor places to get my fill of Pumpkin Crunch and Lemon Crunch!

FYI, the pastry chef of The Alley Restaurant at Aiea Bowl previously worked at Diamond Head Bakery, so you’ll notice a lot of similarities between the desserts at both locations. Is one better than the other? Too hard to say, I love them both ^_^

Oh how i love pumpkin crunch from Pipeline!!!!! Cannot make it for Thanksgiving this year ... dumb Covid! :( So i need to find the right recipe to make it myself!

I make something really similar to the pumpkin crunch, but I don’t add nuts, it’s served cake side up, and warm. I’m really interested in trying the pumpkin crunch bars! (Though I’ll probably still leave out the nuts, because of allergies)

Oh wow, that sounds super tasty! I love the idea of it being warm with the cake side up ^_^

Yasukochi's in San Francisco is famous for a coffee crunch cake - wonder if it originated from these types of crunch cakes? A scan of their Yelp also shows chocolate crunch and lemon crunch cakes too. I've actually never had any crunch cake while in Hawaii, will have to add to the list!

I keep meaning to try the cake from Yasukochi's (but they are always sold out by the time I get there :) ). There's also another famous coffee crunch cake made by Valerie Confections in LA.

The cake from both Yasukochi and Valerie is a recreation of the famous crunch cake from Blum's Bakery! I wish I could taste them all side by side.

Hope you enjoy pumpkin and lemon crunch next time you are in Hawaii!