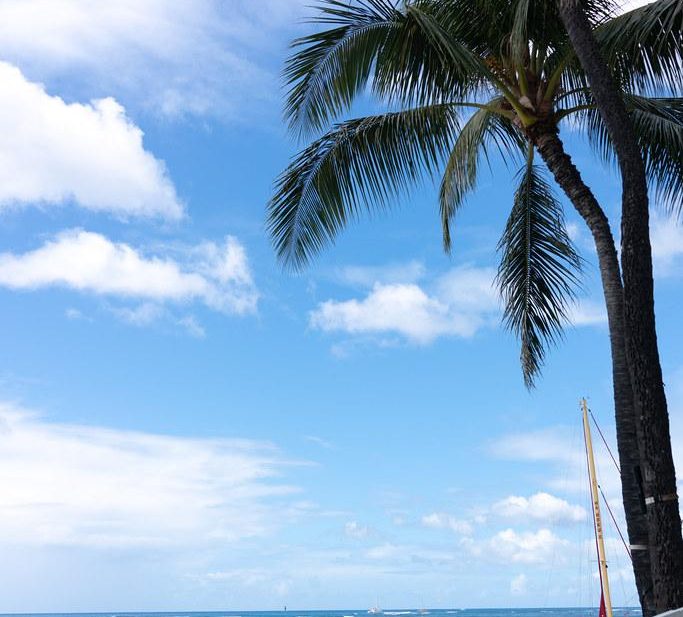 Whether you're a first time visitor or a Hawaii local, these are some very interesting, unexpected, and fun facts about our favorite place in the world: Hawaii!

Beautiful beaches and sunshine aside, Hawaii has a remarkable history and story.

English and Hawaiian are the two official languages of Hawaii.

Pidgen (sometimes called Hawaii Creole English) is the unofficial language of Hawaii. It's an informal language the combines words from many other languages including Hawaiian, Chinese, Japanese, Filipino, and Portuguese.

2. The Hawaiian Alphabet Has 12 Letters.

There are two other very neat elements to the Hawaiian alphabet:

3. We Have Our Own Time Zone

Makes sense because Hawaii really is one of the most beautiful places in the world ^_^ A few famous ones include:

Hawaii is an amazing place to raise a family. Did you know these people were born in Hawaii?

6. Ala Moana Is The World's Largest Open-Air Mall

You must visit Ala Moana Center when you come to Hawaii. It is the most beautiful mall I've ever seen...and lucky for Honolulu locals, it's just a short drive away.

Ala Moana is home to three amazing food courts, tons of great shopping that mixes big brands and local brands. It's all open air and makes visiting the mall enjoyable (even for those of us that don't like to shop!) From local gems like Liliha Bakery to Musubi Cafe Iyasume, here's what to eat at Ala Moana Center.

P.S. Ala Moana is highly profitable mall, and ranks among the most successful malls in the world.

7. Big Island Is Getting Bigger

Big Island (which is also called the Island of Hawaii) grows by about 42 acres each year thanks to the Kilaeua Volcano.

Kilaeua is a live and active volcano (you can visit the volcano when you're on the Big Island)...it's been erupting for over 30 years.

Hawaii has the longest life expectancy rate in the US. It is 81.15 years.

Many factors contribute to this, but truly #luckywelivehawaii ^_^