Posted on Published: November 6, 2019 Categories Places to Eat in Hawaii

Like a cross between sherbert and ice cream, guri guri is a famous Hawaii dessert served at Tasaka Guri Guri on Maui. 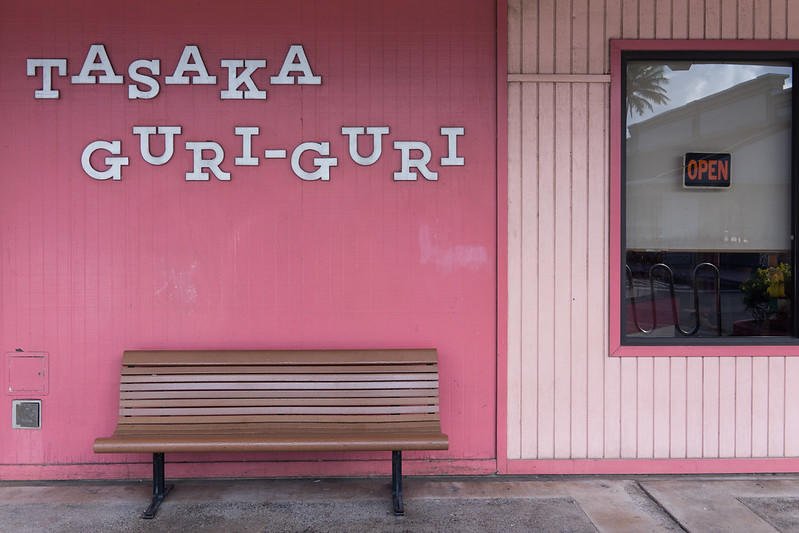 What Is Tasaka Guri Guri?

Tasaka Guri Guri is a local family business that has been in Maui for over a century.

The shop is famous for one thing: guri guri!

Despite their success, the family has never expanded beyond one shop (and I think that is part of the magic 🙂 ). They've been at their current Maui Mall location since 1973.

What Is Guri Guri?

Imagine a frozen dessert. One that is like a cross between sherbert and ice cream...but lighter! That is guri guri.

Where Did The Name Guri Guri Come From?

The dessert was invented in the early 1900s by a member of the Tasaka family in Japan. It was originally called "goodie goodie," (aka a treat, or something good to eat). The name "goodie goodie" was hard to pronounce for older Japanese folks, so the name was simplified to "guri guri."

The Tasaka family later moved to Hawaii...and that's how we got guri guri. 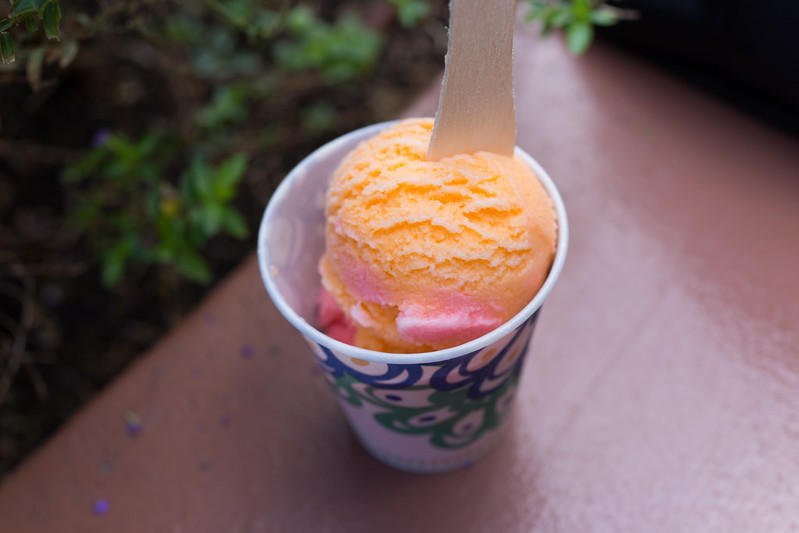 Where Is Tasaka Guri Guri

Tasaka Guri Guri is located inside Maui Mall. This open-air mall is where you'll also find the Maui location of Whole Foods (filled with Hawaii-only treats).

There are a lot of good eats within a 5-minute drive of Maui Mall including Tin Roof Maui, Poi By The Pound, and of course...Costco Hawaii (also filled with tons of great Hawaii-only items).

(Note: many of the new frozen/sweet shops that we love champion things like fresh fruit, organic ingredients, locally sourced, etc. When you visit these old time, iconic Hawaii spots, you won't necessarily be getting all that. That's not the point of these places.)

Neat tidbit: Japanese Cultural Center honored Tasaka Guri Guri for being, "one of five local businesses that have stood the test of time and become inspiring stories of success." 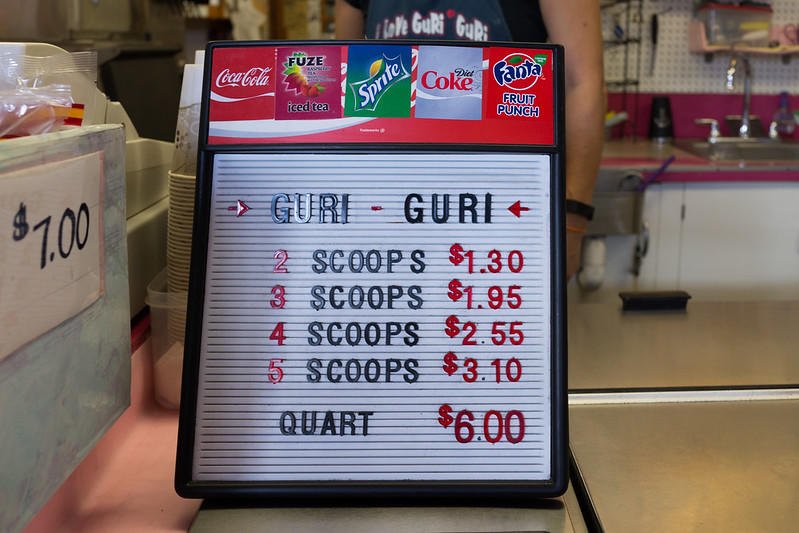 What To Get At Tasaka Guri Guri

There is only one this on the menu: guri guri!

There are two flavors: strawberry and pineapple. Strawberry is more popular, but you should get both flavors.

All you have to decide is what size to order. I get the two scoop for $1.30. It's the perfect amount for a small snack. 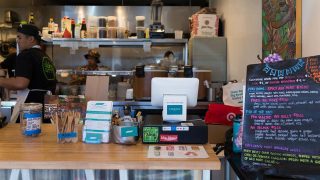 Hey Kathy, I'll be documenting all these places you've been posting. I've never been to Hawaii. Never been kind. I'm more continental Europe. But for the guri guri, I will go. LOL. I'll definitely visit those places you've mentioned. Can't wait. Of cource, this Covid-19 debacle has to get fixed before everything else. Til' then I'm just loving your site and all the recipes.

So happy you are enjoying the site, Leo! Guri guri is super ono! :) - Kathy

Wow! Your post sure brings back memories! I am an old-timer and my mother's family was from Maui. I used to spend my "small kid time" on Maui, back in the 1950's. As a treat, my uncle used to take us to eat Guri Guri when they were in the Kahului Mall, on the backside from Ah Fook grocery store. We also used to go eat at Tasty Crust in Wailuku....you remember that place? For a short period of time in the 1980's (I think), you could buy Guri Guri in the Honolulu supermarkets.

Wow, now you are bringing back memories!! :) Wish I had the chance to spend more time on Maui when I was a kid...you are lucky. Can you believe I haven't been to Tasty Crust before?? Will be sure to go when I'm back in Maui next :)

The prices are really so amazing!! ^_^