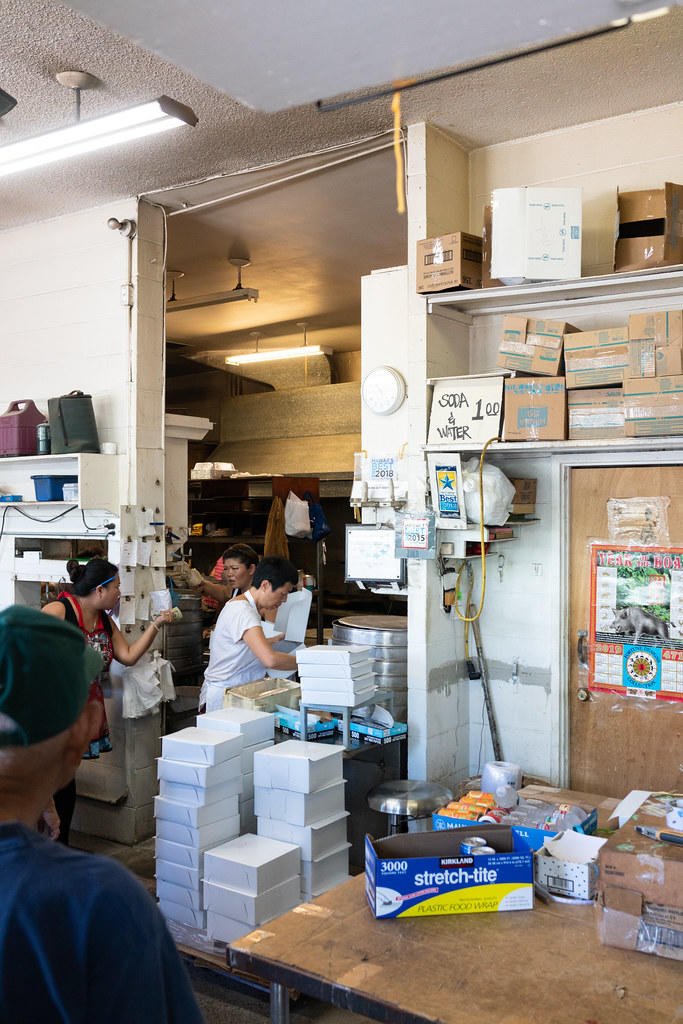 What Is Char Hung Sut?

Char Hung Sut is a Hawaii institution that opened 1945. Char Hung Sut was first famous for manapua (imagine char siu bao, but slightly different in size and texture, and with many filling options…everything you need to know about manapua is in this post), but now they’re also known for other treats including steamed pork hash and half moon. It’s like local-style dim sum to-go.

FYI: Char Hung Sut is considered an “old school Hawaii spot.” There are not many family-run, old school spots left, so we love and treasure them deeply. Other spots include places like Crack Seed Store, Tasaka Guri Guri, Helena’s Hawaiian Food, Sam Sato’s, and Hamura Saimin. I’ll cover all the old school spots on the Onolicious eventually, they are true Hawaii gems.

It’s a takeout spot, so be prepared to bring your order home to eat…or to the beach, or even eat in your car! Char Hung Sut packs orders in white cardboard boxes, simply tied with a ribbon. People love to bring a big box of Char Hung Sut to social gatherings. Food is a big part of Hawaii culture, and this is just one example. 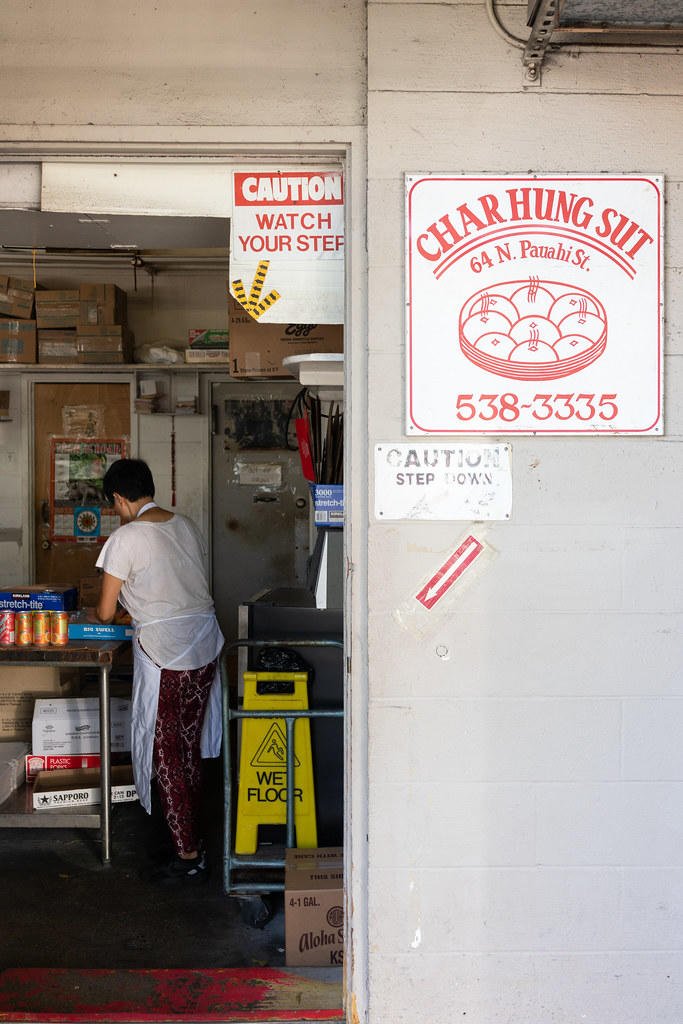 Where Is Char Hung Sut?

Char Hung Sut is located at 64 N Pauahi Street in Honolulu’s Chinatown. They don’t have flashy signage (look up for the small white sign with the store name written in red) and the entrance is so slight, easy to miss.

Come on a weekend though, and you’ll spot the entrance by the long line of locals patiently waiting their turn. I’m not a big “line person” in NYC and SF, but there’s something about food lines in Hawaii, specifically at old school local spots like Char Hung Sut. Something about it feels sweet and gentle. People always chat with each other in line, sharing favorite items and tips. I actually look forward to standing in line when going on a weekend ^_^

I love the experience of going to Char Hung Sut as much I enjoy the food. There’s no super formal cash register or ordering area. Everything (including where you wait in line), is intermingled with the kitchen where they do the dough rolling, steaming, baking, packing, etc. It’s all out in the open. You really feel like you’re in there. It’s a very cool feeling.

What To Order At Char Hung Sut

The line moves pretty efficiently at Char Hung Sut so it’s best to plan your order in advance. They have a menu posted on the wall, but it’s posted at such an angle that it’s hard to see until you’re almost at the front of the line (and by then it’s too late to hem and haw over your decision)! 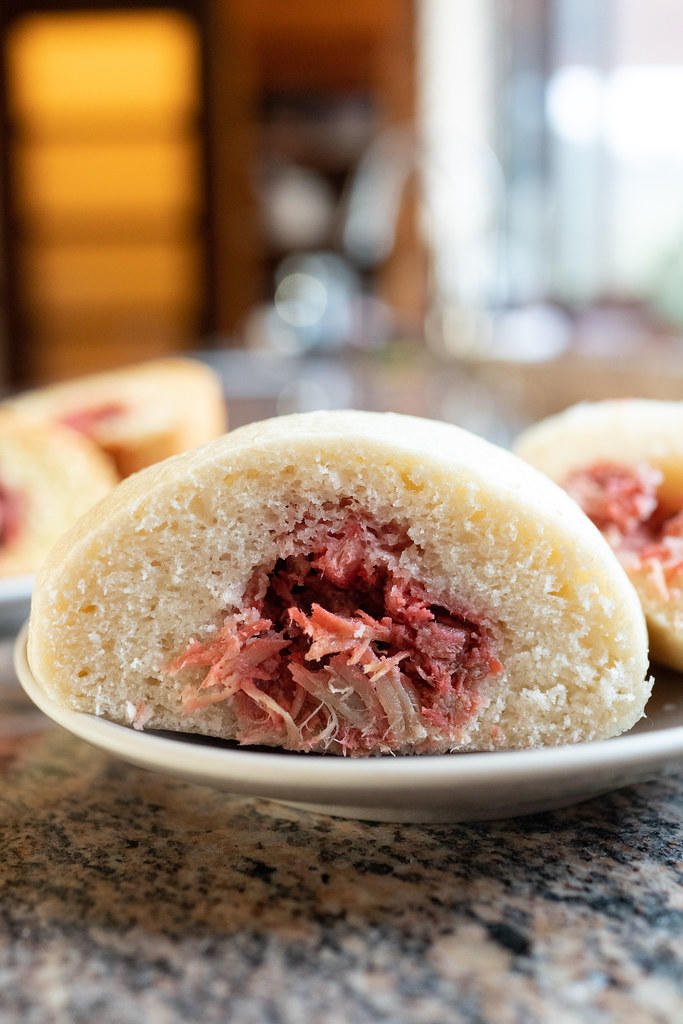 What is a manapua? This post explains it all. Manapua is like Hawaii’s version of a char siu bao, with a few critical differences. They’re much bigger than a char siu bao (many things in Hawaii come in pretty big portions heheh). Some place make manapua in many different flavors, but Char Hung Sut just does the giant classic steamed char siu manapua. 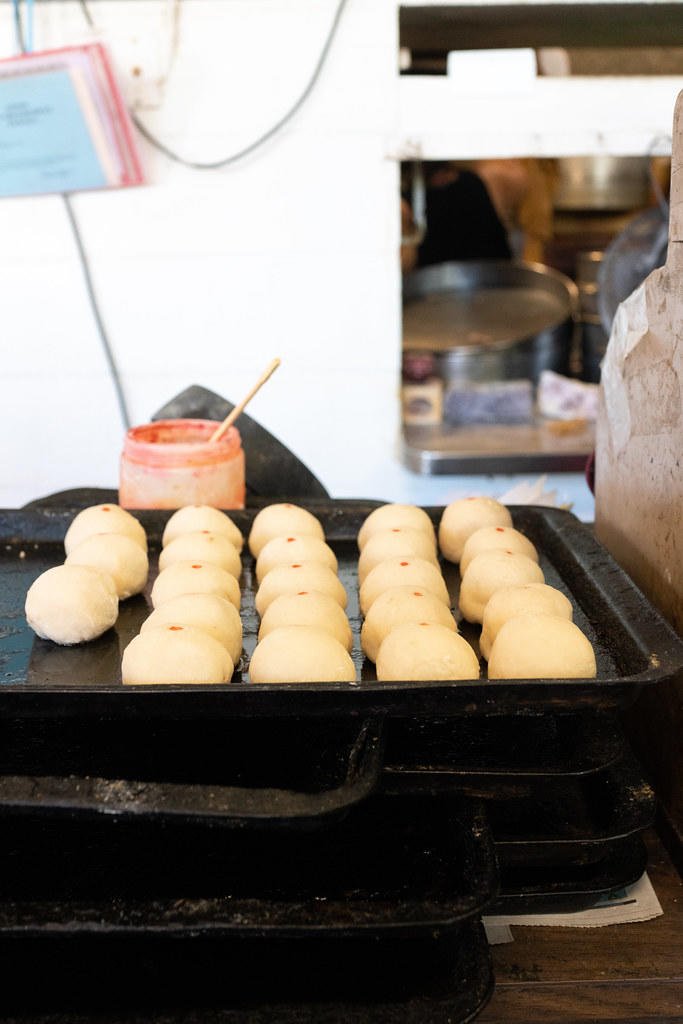 Ma Tai Soo in the making at Char Hung Sut

Ma Tai Soo is a smaller, baked flaky pastry. The pastry itself is a tiny bit sweet. It’s rolled out and filled with a mixture of char siu pork, shrimp, and water chestnuts. They are so nice warmed in the toaster oven for breakfast. 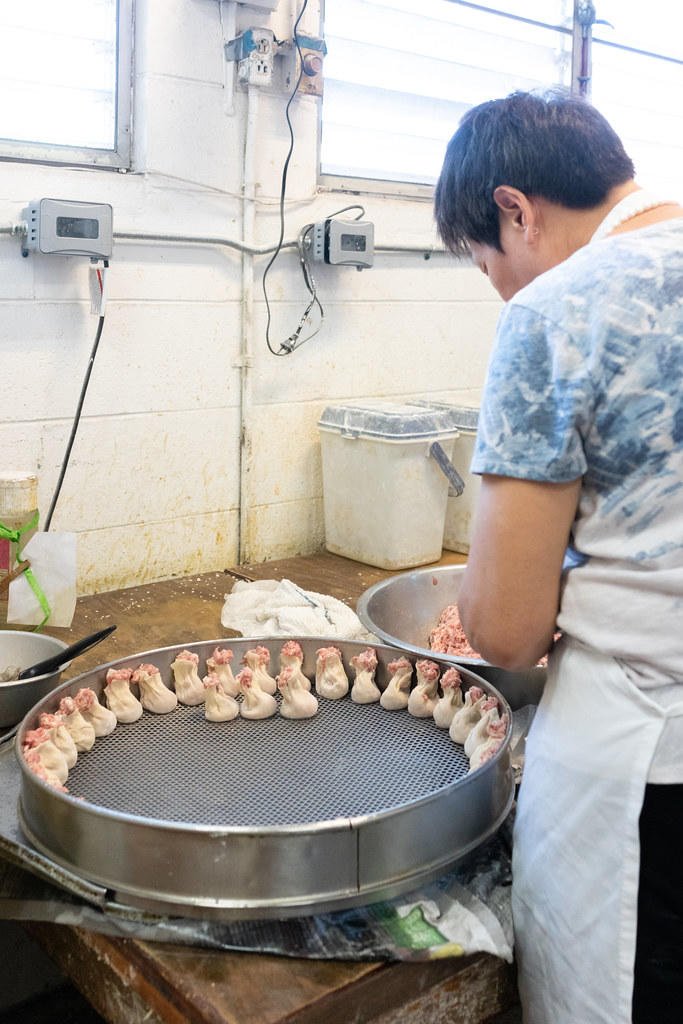 Pork Hash in the making at Char Hung Sut

Pork hash is similar to the shumai you find at Chinese dim sum restaurants, but bigger! It’s basically seasoned pork stuffed into a wonton wrapper and steamed. It’s best hot, and dipped into a mixture of soy sauce and Chinese mustard. Note: you can buy a small container of Chinese mustard here for $0.20.

In the case of pork hash, some people complain that Char Hung Sut’s version is made of only pork (and doesn’t include shrimp and mushrooms like nearby dim sum spots). But the thing is, they’re not trying to remake the same dim sum item. The dim sum version is called shumai. The local version is called pork hash. Two similar but completely different food items. 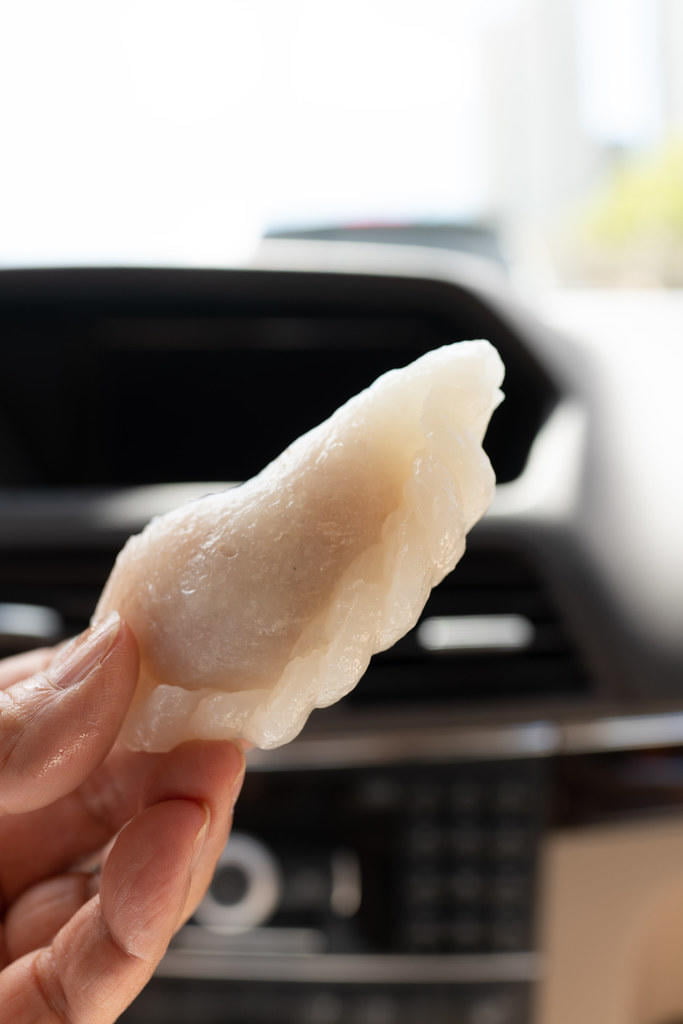 Half Moon from Char Hung Sut

If I was allowed to eat only one item at Char Hung Sut, it would be the Half Moon. They roll the skin/dough into a thin circle and put in a spoonful of savory pork filling. Then it’s folded it in half and sealed with beautiful crimped edges. The pastry is steamed until the dough turns semi-translucent.

Half Moon is perhaps the “lightest” item on the menu, and feels wholesome and elegant at the same time. I looovvee Half Moon.

Oh, BTW, another piece of humorous trivia for you. Kids being the A-holes that they were, would always tell stories, albeit erroneous, about Char Hung Sut. We used to tell everybody that the manapuas were made with corned beef, and the pork hash was made with mystery meat (IYKWIM).

Oh my goodness ahaha, I guess kids will be kids no matter the generation!

Wow so many cool stories! I can't even picture a communal table at Char Hung Sut...wish they still had that table! We usually end up bring it home or to a friend's house to eat. Had no idea the manapua men bought from Char Hung Sut, makes lots of sense though. What was their one big issue? I am not familiar with that though very curious :)

I was trying to be discrete. The owner of Char Hung Sut went to prison for tax evasion. The people in Hawaii, being pretty conservation, avoided Char Hung Sut for a while, but eventually that too went away. So their "problem" was only temporary.

Kathy: In the old days, many of the manapua men who carried around the manapuas, half moons, and pork hash in five gallon galvanized cans swung over their shoulders with a rope and yoke to carry them, would buy their wares from Char Hung Sut. Then they would catch the bus to wherever their normal walking routes were for sales. In the old days, back in the 1950's, one of these guys had the walking route in Kaimuki, in lower Palolo Valley. My uncle's home was on Hardesty Street, between 8th and 7th ave. On Saturdays, when I sometimes stayed with my uncle, he would buy me manapuas and pork hash from one of the manapua men.

Even when I was older and worked at Hawaiian Tel, I would sometimes have lunch at Char Hung Sut. In those days, you could even eat there at communal tables. They also had the best Hawaiian style chow fun too.

Their business was always thriving, but for the a short time when they suffered from the stigma associated with their one big issue.

Omg mouth watering. Char Hung Sut is like the Texas of Dim Sum! Everything is bigger!

PS: Last week I was at Daiso and bought a Hawaiian Maid Pass-O-Guava (POG) in your honor.

Hi Jeanne! Ahah you are right, it really is the Texas of dim sum ^_^ So flattered you got POG in my honor! Thank you! Now I shall have also have a can of POG to celebrate :) - Kathy