Home » Places to Eat in Hawaii » Tea In Hawaii

Posted on Published: September 16, 2019 Categories Places to Eat in Hawaii

Locally grown tea is a new crop for the Hawaii agriculture industry. Most of it comes from the Big Island where the east side is populated with small tea gardens that grow and process 100% Hawaii teas. You can also visit the tea gardens! 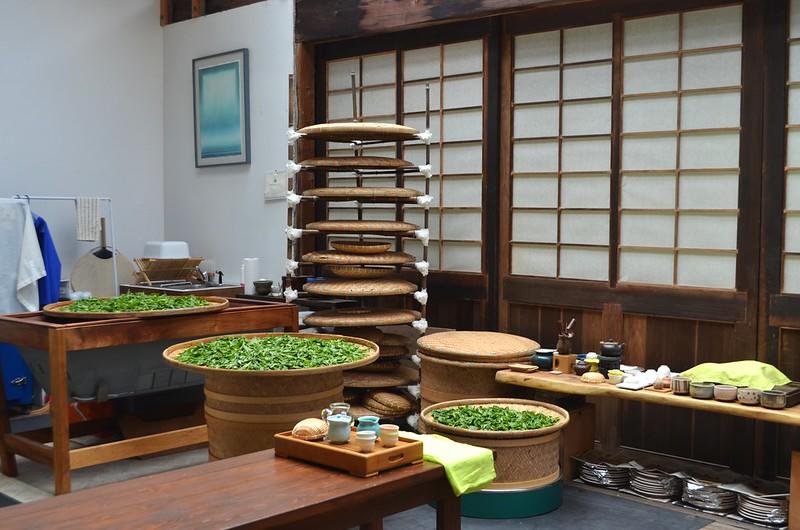 Did you know Hawaii is one of the few places in the US that can grow tea? 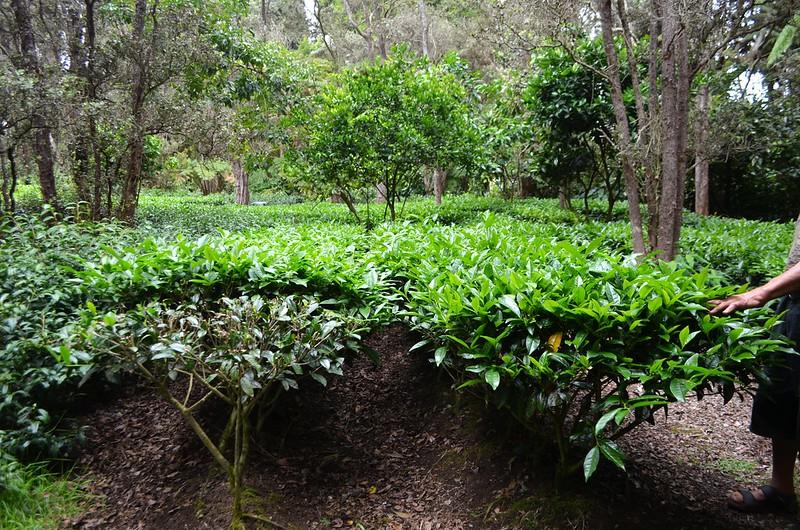 Where Does Tea Grow In Hawaii?

Farmers are also growing tea in upcountry Maui (where you can find lavender farms, goat farms and much more) and on parts of Oahu. But so far the Big Island has proven most successful for growing tea on a commercial scale. 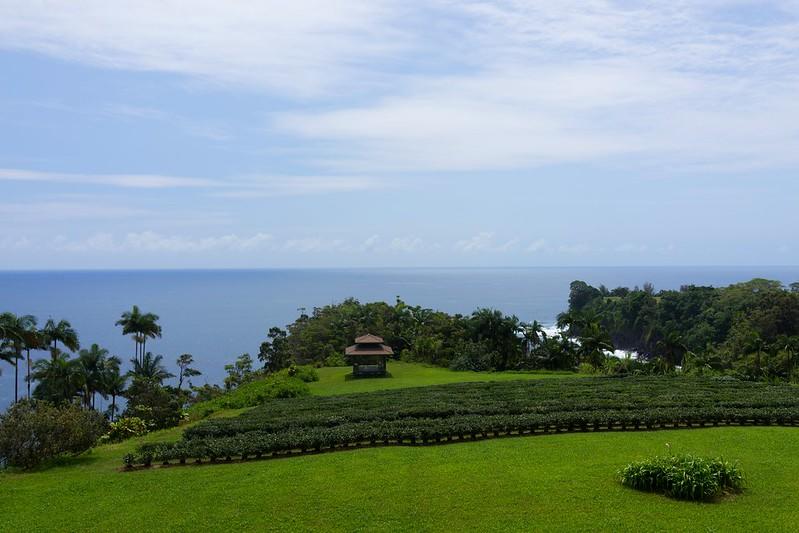 Why Can Tea Grow In Hawaii?

The tea plant requires a specific type of climate and condition to thrive. These include:

Hawaii (specifically the Big Island), has all of that PLUS one bonus factor that makes Hawaii special. What is this bonus factor? VOLCANIC SOIL. Young volcanic soil is the ideal, dream soil for growing tea. Lucky us. 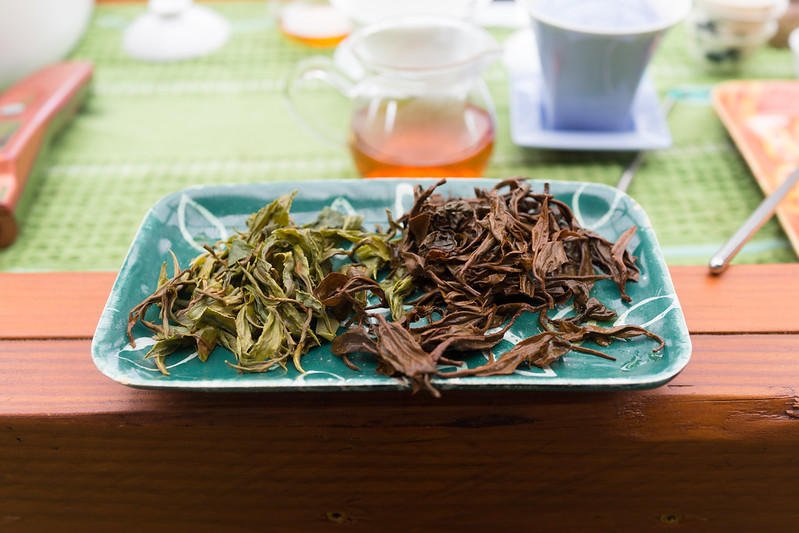 What Kind Of Tea Grows In Hawaii? 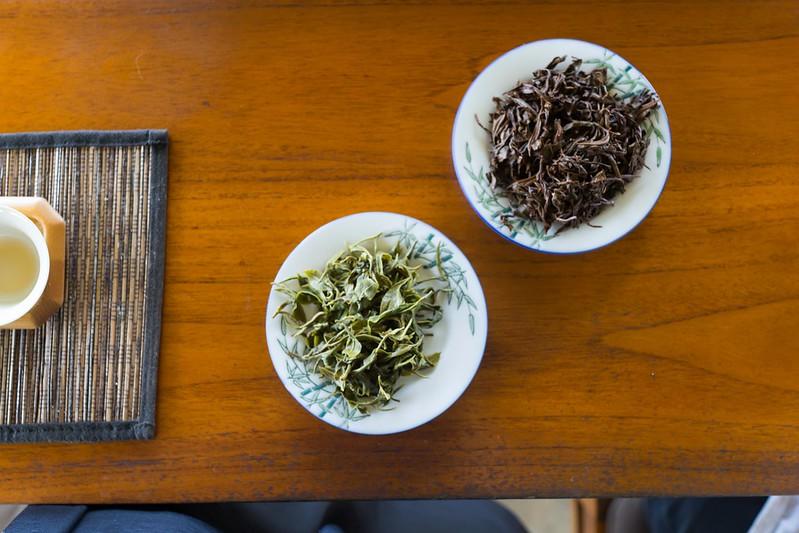 Whereas some countries and regions are known for specific types of tea (eg. green teas in Japan, pu'erh in Yunnan, oolongs in Taiwan), Hawaii is not known for a specific type of tea. It's not good or bad, but just a fact. Hawaii's tea industry is young and farmers are still experimenting to see which does best, which they like best, etc. 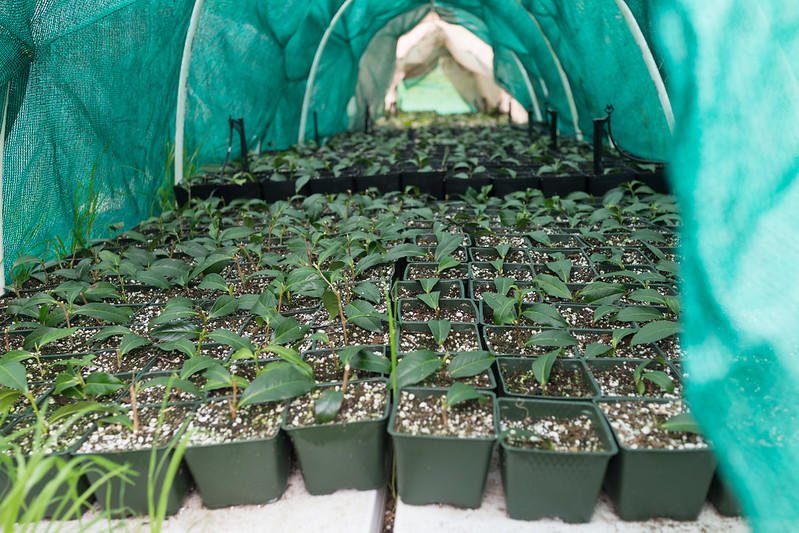 We drink a lot of Hawaiian herbals (most popular is Māmaki), but these are not classified as teas. We took a look at Māmaki in this post. I'll also do a bigger post covering other popular Hawaiian herbal tisanes. 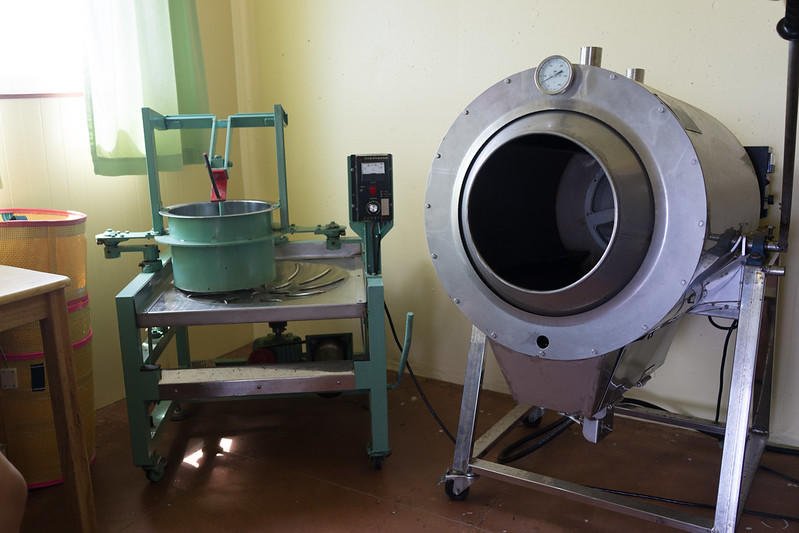 When you purchase tea, be aware of what you're buying. If you want tea that is grown and processed in Hawaii, look for teas that explicitly state that they're grown in Hawaii (usually labeled, Hawaii-Grown Tea or 100% Hawaii Grown). 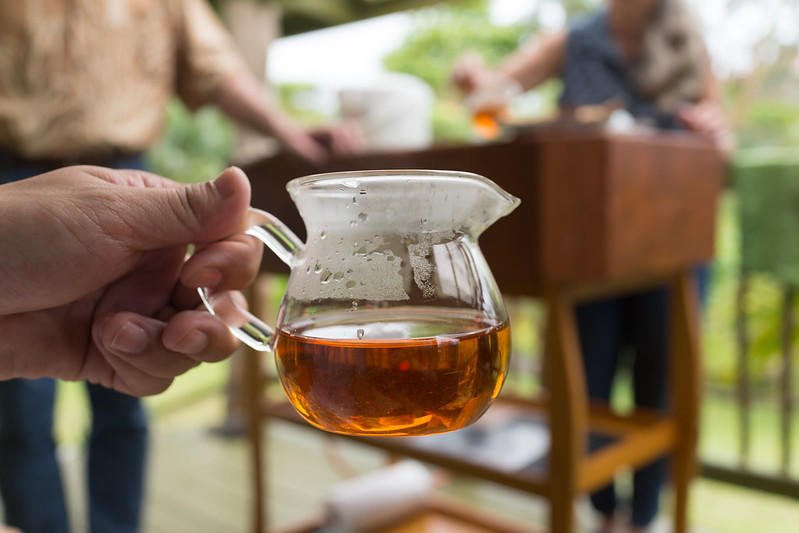 When Did Hawaii Start Growing Tea?

Tea was introduced to Hawaii in the late 1800s. It was grown commercially for less than a decade. (Some say that tea "died out" during that period because growing coffee proved much more profitable).

Lipton considered growing tea in Hawaii in the 1960s but didn't move forward with a plan. In the 1980s, sugar plantations (which were dying out), looked into starting tea plantations, but no commercial venture came from it. Why did both of these attempts not work out? Excessively high cost of production and labor. 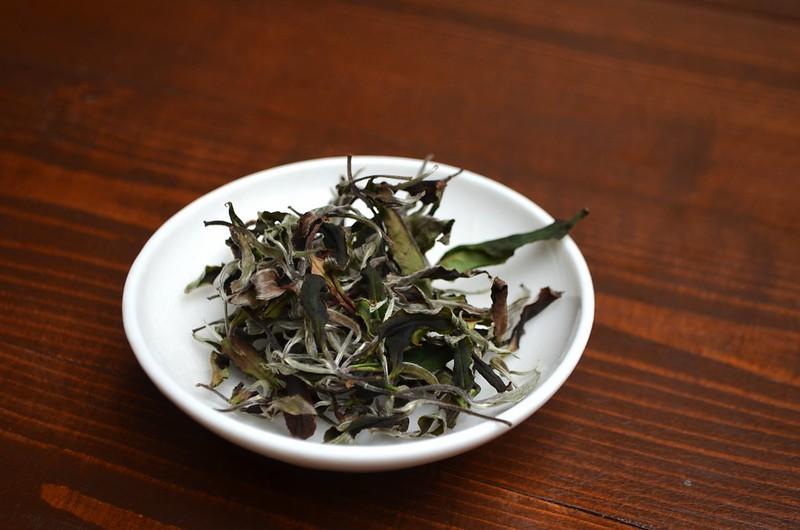 In 2000, the University of Hawaii and US Agriculture Department jointly researched the prospects of commercially growing tea in Hawaii (this was part of a larger study of alternative crops options for Hawaii). With the aid of these research departments, several hobby famers started planting and growing tea. The timing for this was good. Coffee was already thriving, sugar plantations were out...it was time for a new Hawaii crop! 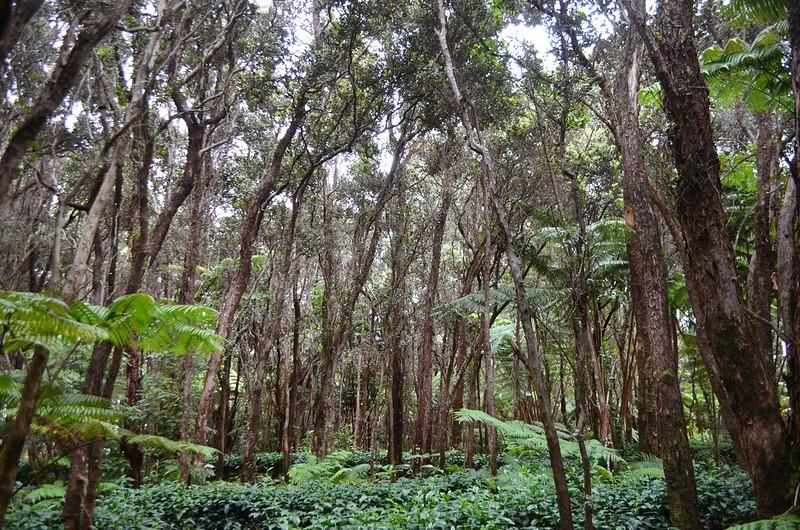 How Many Tea Farms Are In Hawaii?

There's an estimated 60-70 tea growers in Hawaii. Most of these are "backyard farmers" that grow tea for fun/hobby. Only a small percentage of these growers do so on a commercial scale (and even commercial scale is tiny...land is limited in Hawaii). 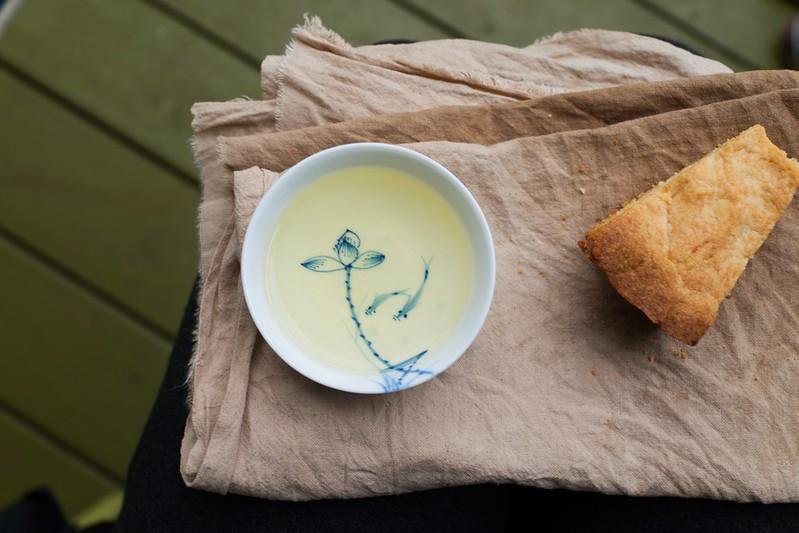 Because the Hawaii tea industry is just about 20 years old, there's still a lot to learn. Compare with China or Japan, which have tea industries that go back for centuries.

Nearly all the farms in Hawaii grow, pick, and process the tea. They do everything from A to Z (whereas many other larger farms outside of Hawaii will have one farm grow and pluck, and another company complete the tea processing/roasting, etc). 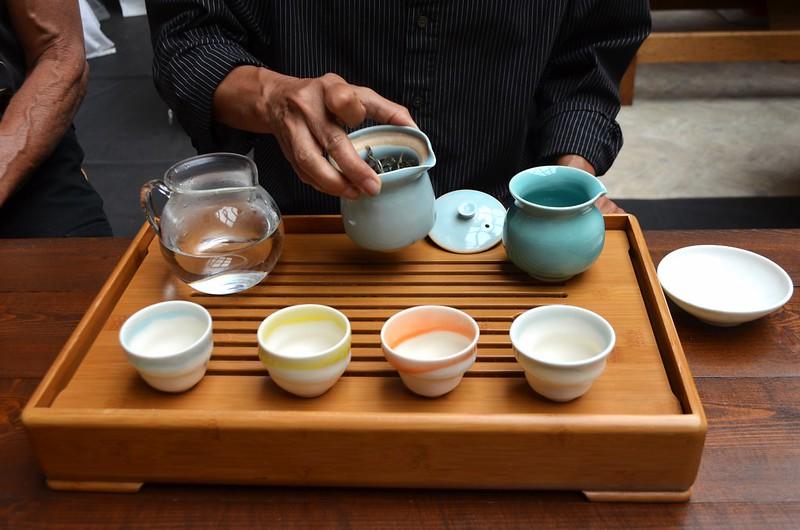 How Does Hawaii Tea Taste?

I love Hawaii tea (and have sold it to restaurants in NYC). But you already know I love everything about my home state 🙂 . I think there's something real special about tea that grows in Hawaii...it's a combo of volcanic soil, a younger industry still open to exploration, small batches (most everything is still done by hand, no giant machines doing the leaf plucking), and the air in Hawaii. There's something about the air... 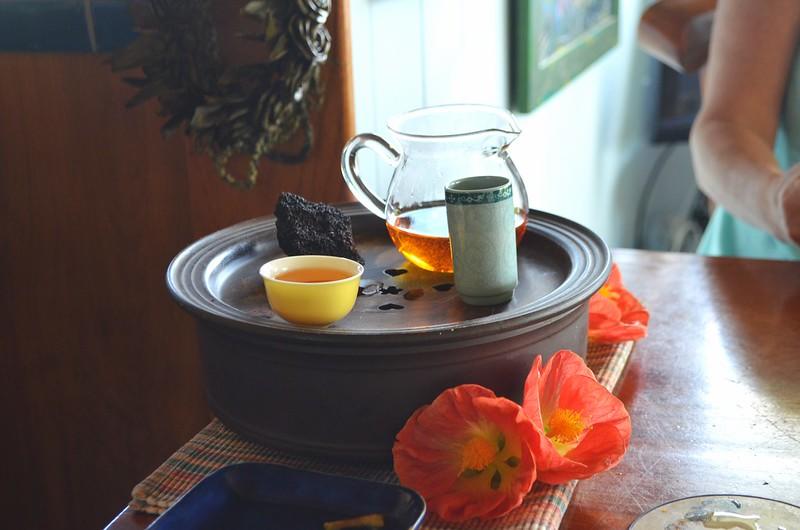 Though we grow four types of tea, I gravitate towards Hawaii black teas. Those black teas taste bright and pure. The flavors are clear and uncluttered, so brisk and alive! In a way that's hard to put into words, the teas really taste like Hawaii. I want to say they capture the essence of Hawaii but I know how cheesy that sounds ^_^ 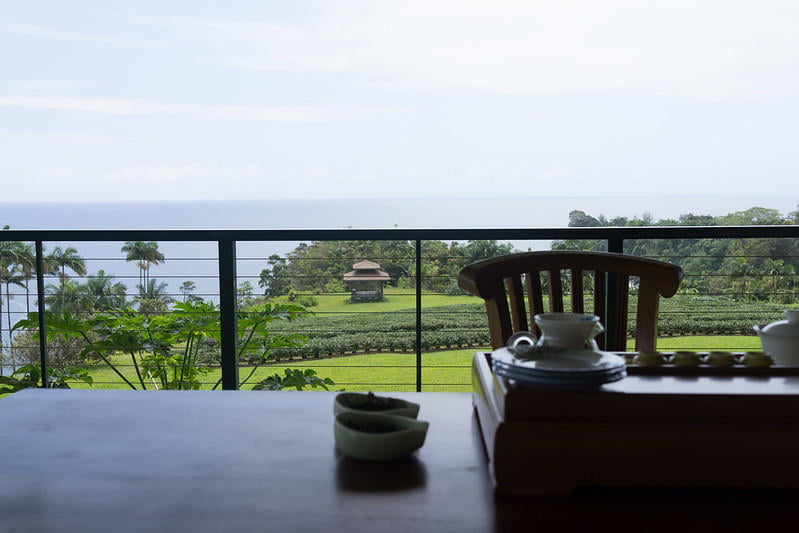 Hawaii's tea industry is new but is moving fast. Many local tea farms are trying to get in on the tea tourism business (a thriving economy in many other countries)...it makes lots of sense to do especially given the rising general interest in tea. Next time you visit the Big Island, consider stopping by a tea farm in addition to visiting a coffee farm. 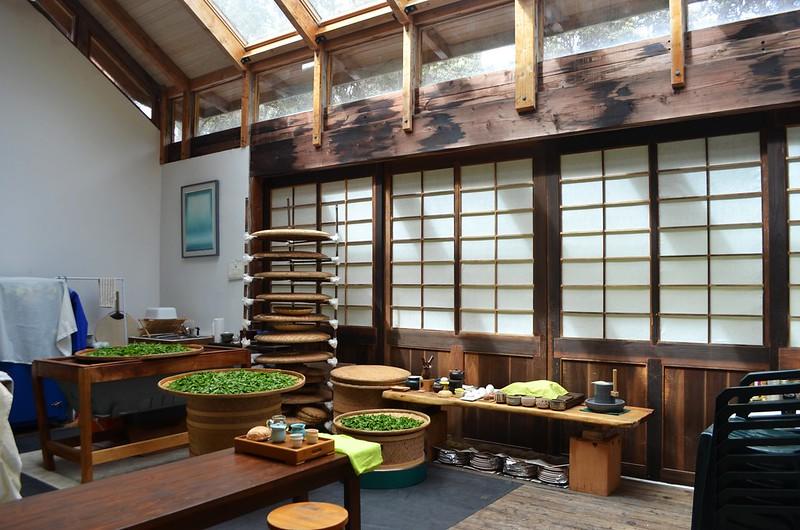 Tea Farms To Visit In Hawaii

These below tea farms/gardens are on the east side of the Big Island. They all offer tea tours and tastings for a fee (between $25-85 a person, book in advance):

This is the tea farm on Maui: 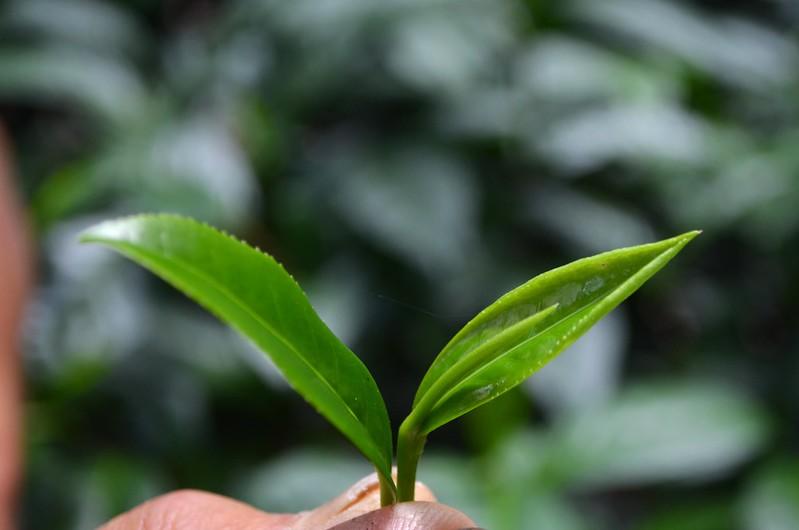 Two leaves and a bud from a young tea plant. Did you know you can eat young tea leaves fresh? We chopped these up and put them into an omelet (with kalua pork 🙂 )

FYI, you don't need to visit the farms to get a taste of Hawaii-grown tea. You can find Hawaii teas on the menu of local restaurants (usually the fancier ones as Hawaii tea is pretty expensive compared to other teas).

Because Hawaii is small and labor costs are high, it's hard to imagine that Hawaii tea could ever be a mass commodity (like sugar). It may be wiser to focus on small production with premium prices (Hawaii tea is a luxury, but a relatively affordable one in the big picture). 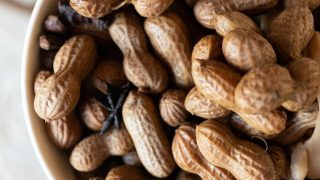 Hi, you had said earlier that parts of Oahu grow tea earlier in the article but did not cite/say where these parts are or how I may purchase from/visit the farm. Could it be that these are private growers?

So wait a sec...are you telling me I can have kalua pork with tea leaves AND ti leaves!!! Haha

Ahahaha, yes you can!! That might actually be a pretty tasty pairing ^_^