Homemade haupia (Hawaiian coconut pudding) made with agar agar,  fresh strawberries, and a splash of almond milk! Easy to make, this is a beautiful and healthy dessert. 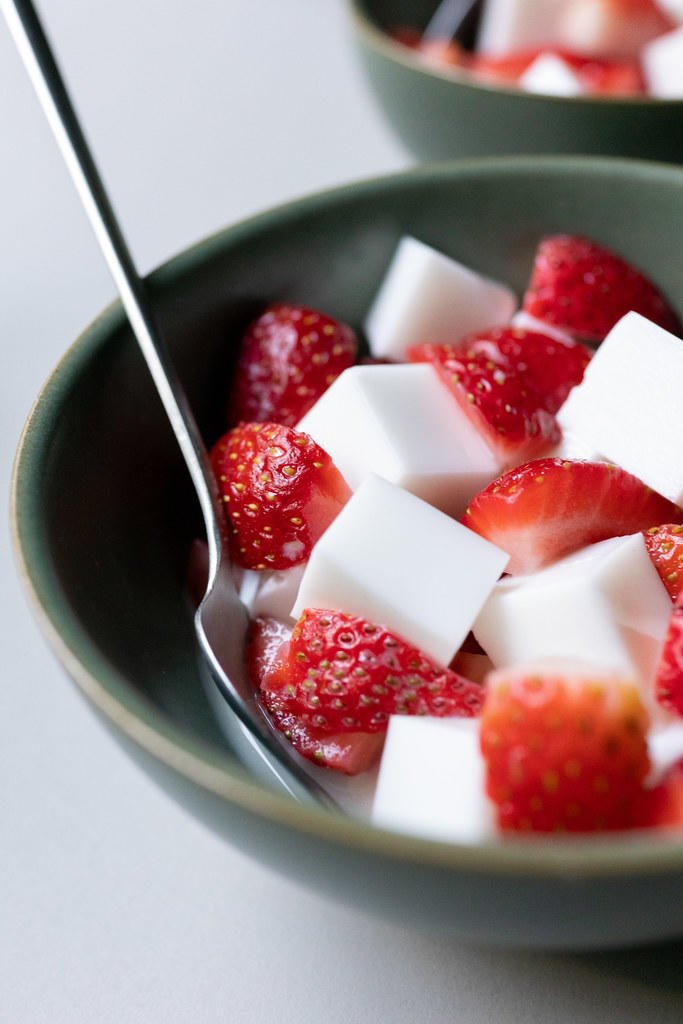 Fresh strawberries and homemade haupia is a natural pairing. 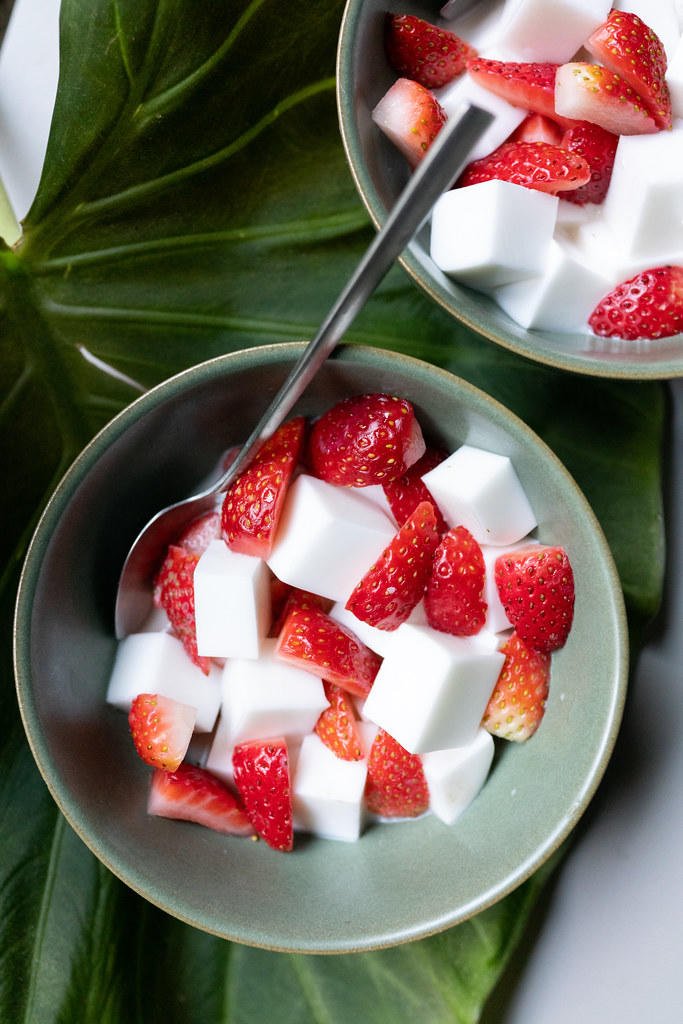 Haupia is one of many great traditional Hawaiian desserts. It's often described as coconut pudding, but the texture is like a cross between pudding and jelly. The main ingredient in haupia is coconut milk. Cornstarch is the traditional thickener used to make haupia...but for today's dessert, we're making it lighter with agar agar.

What Is Agar Agar?

You know how we often use gelatin powder for many jelly-type desserts?

Think of agar agar as the natural version of gelatin powder. It's an extract from algae. Unlike gelatin powder, agar agar is happens to be vegetarian. I like using agar more because the desserts set more firm, and also maintains shape at room temperature.

Agar agar is used in a lot of Asian desserts...and with Hawaii having such a large Asian population, it makes sense that agar agar is a pretty popular in ingredient in Hawaii. If you get really into agar agar (join the club ^_^), try also making my Osmanthus and Goji Agar Agar recipe. 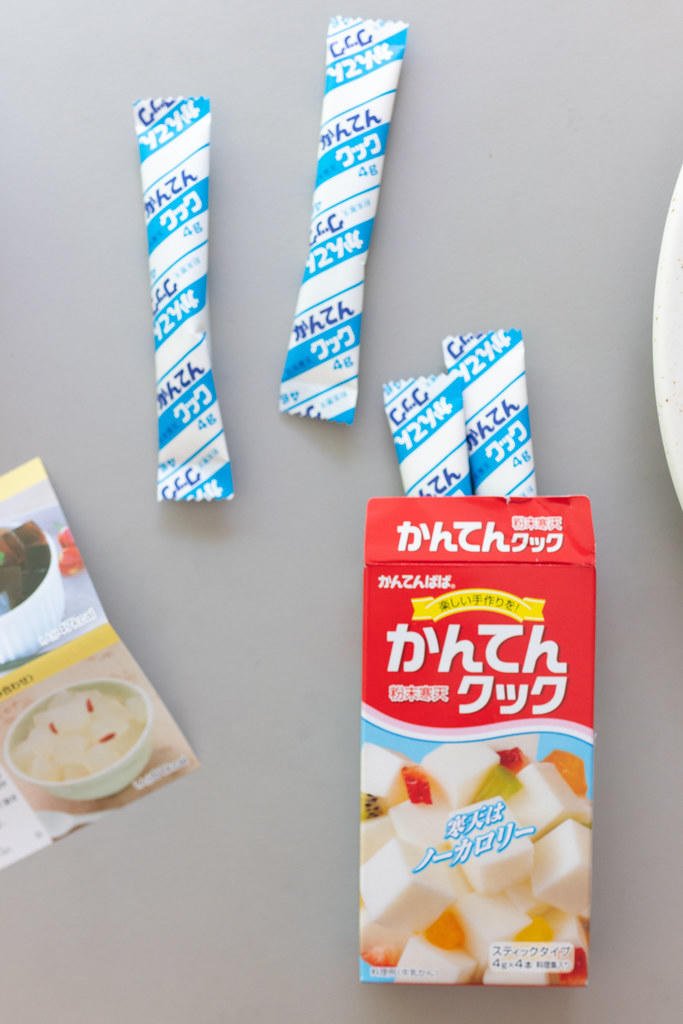 Where To Buy Agar Agar

I buy agar agar from Japanese supermarkets (Mitsuwa, Nijiya, Sunrise Mart, etc). You can find agar agar in three forms: stick, flake, or powder. Powder form is easiest to use. Pictured above is one of several brands you can find at the Japanese market. This box has the agar agar powder packed in 4 gram portions.

I've see many types of agar agar for sale online (this one is popular), but weirdly can't find any of the Japanese brands! Get yourself to a Japanese market if you can. 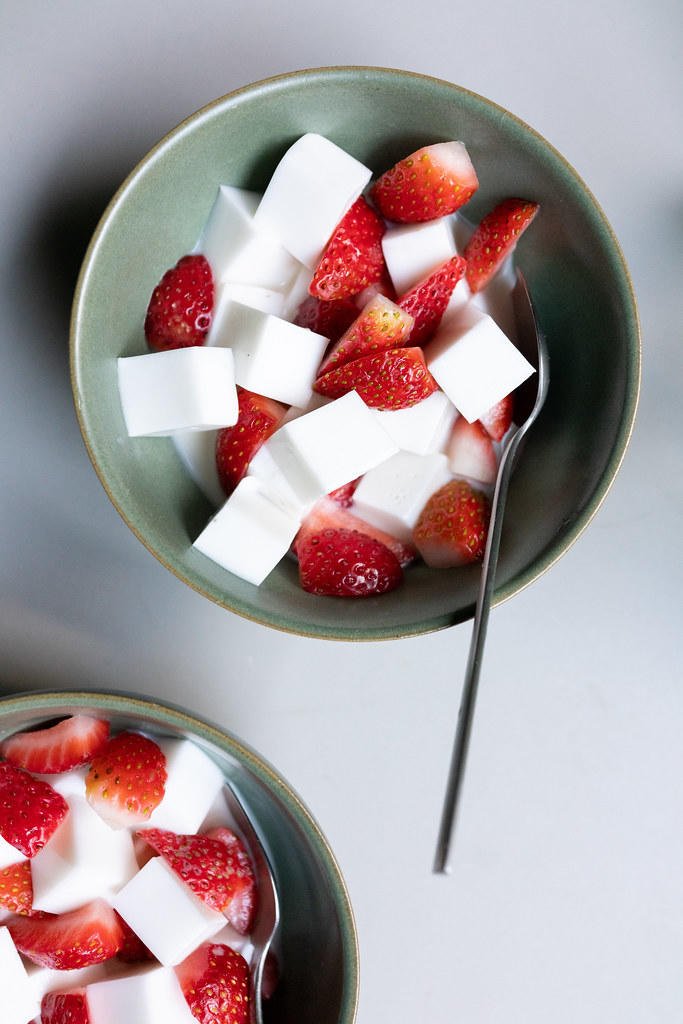 This is an easy recipe and makes enough for 4 people to have dessert. All you need is patience to wait for the haupia agar agar to set in the fridge. Here's what you'll need:

Aloha, if I only have the "stick"-type agar, how much of it should I use for this recipe?