Hawaiian Airlines is my go-to airline. They fly all the routes I frequent (such as Honolulu to San Francisco and NYC), and they do it with grace. There are many reasons to love flying Hawaiian, and here are a few ^_^ 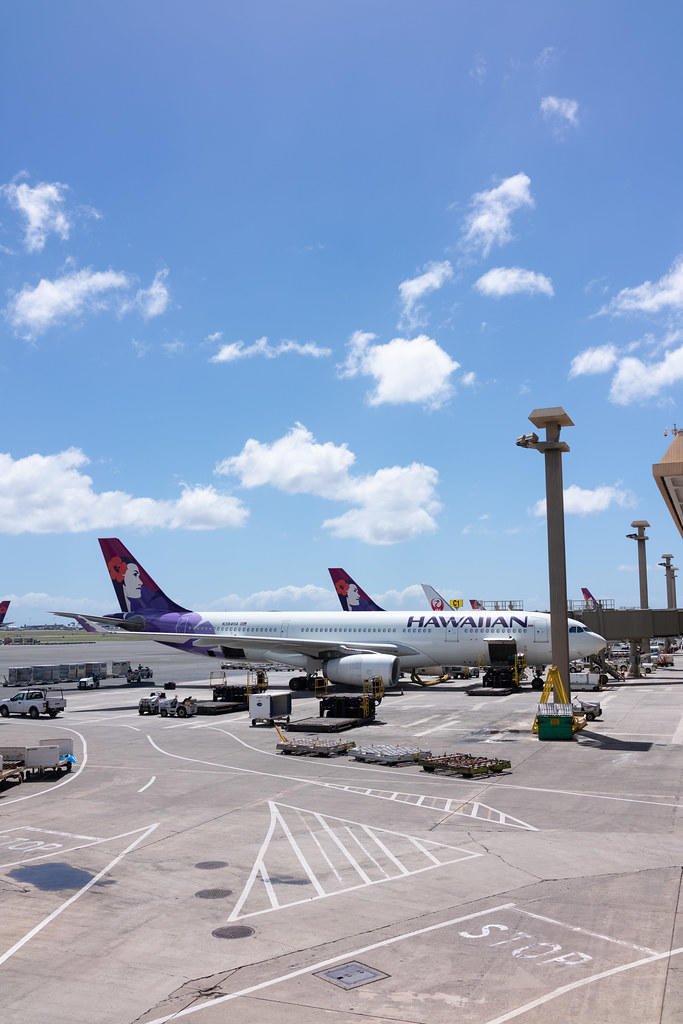 When I first moved to NYC, United was the only airline that flew direct HNL-JFK. Several years later Hawaiian Airlines launched the same HNL-JFK route. Prices were comparable, so I decided to try Hawaiian Airlines (up till that trip I had only flown Hawaiian on interisland flights).

I was flying home to Hawaii for the holidays and it was a rough winter. The check-in counters at all the other airlines were chaotic and angry, and there were many canceled flights. But I pulled up to the Hawaiian Airlines check-in, and not only did everything go smoothly, the service was amazing. Half of the check-in crew were from Hawaii, sporting aloha attire…service with a smile! I had never been so happy at an airport.

They flight was seamless without delay, and there were a ton of other unexpected perks (more on that below). Since then, I’ve only flown Hawaiian when doing that NYC to Hawaii route. Same for when I’m flying to/from San Francisco. I never thought I’d be the type to have a “favorite airline,” but it is definitely, 100% Hawaiian Airlines ^_^

Before we get started, here are a few important facts to know about Hawaiian Airlines (locals just call it “Hawaiian”):

Below, 12 reasons to love Hawaiian Airlines:

P.S. This post is not sponsored in any way. I book and pay full price for every flight. I’m just a longtime fan and have had great experiences with Hawaiian. 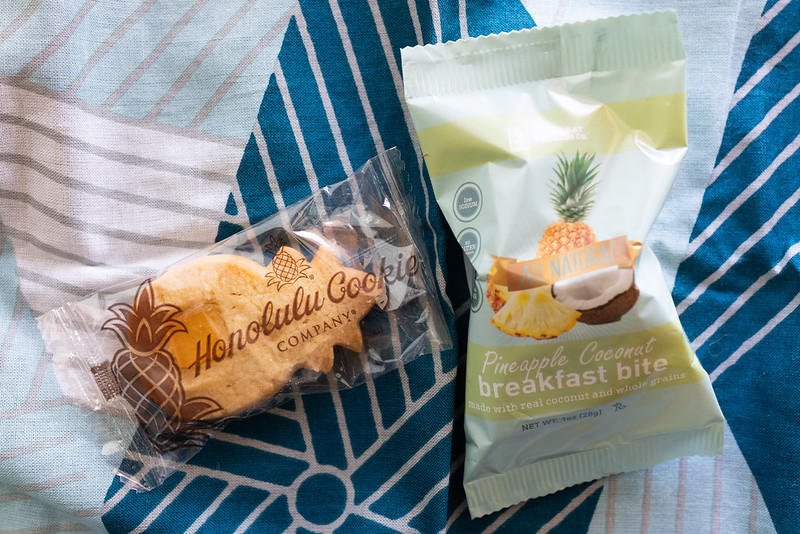 1. Free Meals (Even In Economy)

Yes! I usually avoid in-flight meals (not that many airlines even provide them in economy). But not only does Hawaiian provide a free meal on all mainland flights, it’s a good meal. Instead of plastic trays with limp salads, rolls, and other things, they do hot sandwiches and Maui onion chips. Dessert? Cookies from the Honolulu Cookie Company! No complaints about the Hawaiian Airlines food. (Though they used to serve lilikoi bars from The Cookie Corner and I wish they would bring those back.) 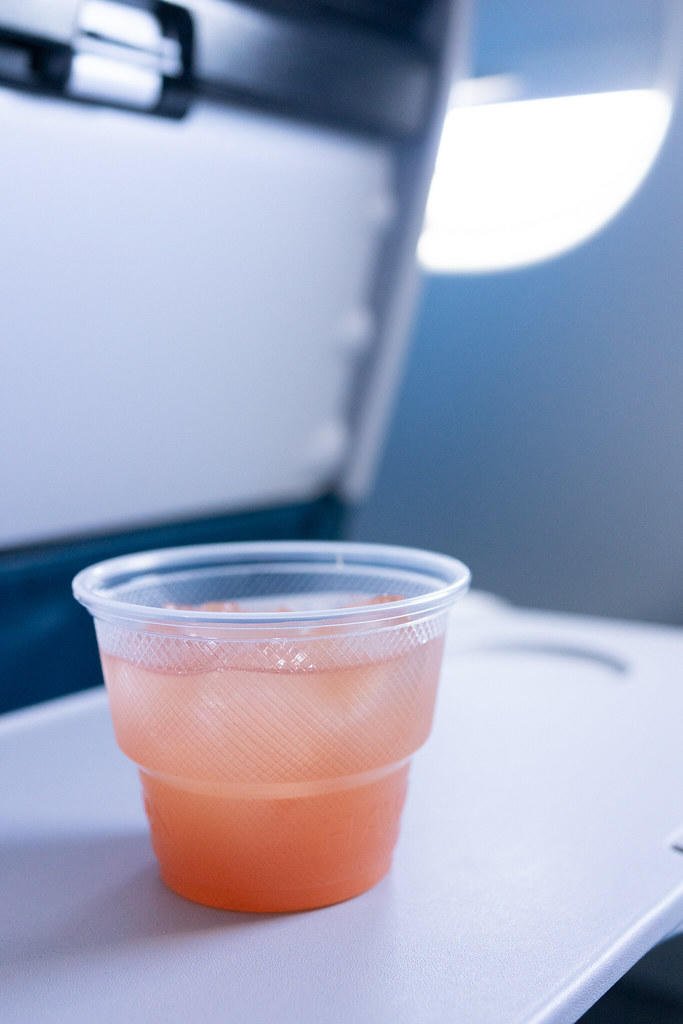 Ahh yes, the Rum Punch! This is the best part of the flight heheh. The beverage cart comes out again an hour before landing. And in addition to the usual drinks, they also offer Rum Punch (for those 21+). The boozy, tropical punch is made by Koloa Rum Company on Kauai, and tastes like POG juice with a generous splash of Hawaiian rum. It’s a wonderful welcome to/from Hawaii. If you ask nicely, they might pour you a second glass.

P.S. They do not offer this on red-eye flights (though if they ever decide to offer Koloa Rum Punch at 3am, I would definitely take it). 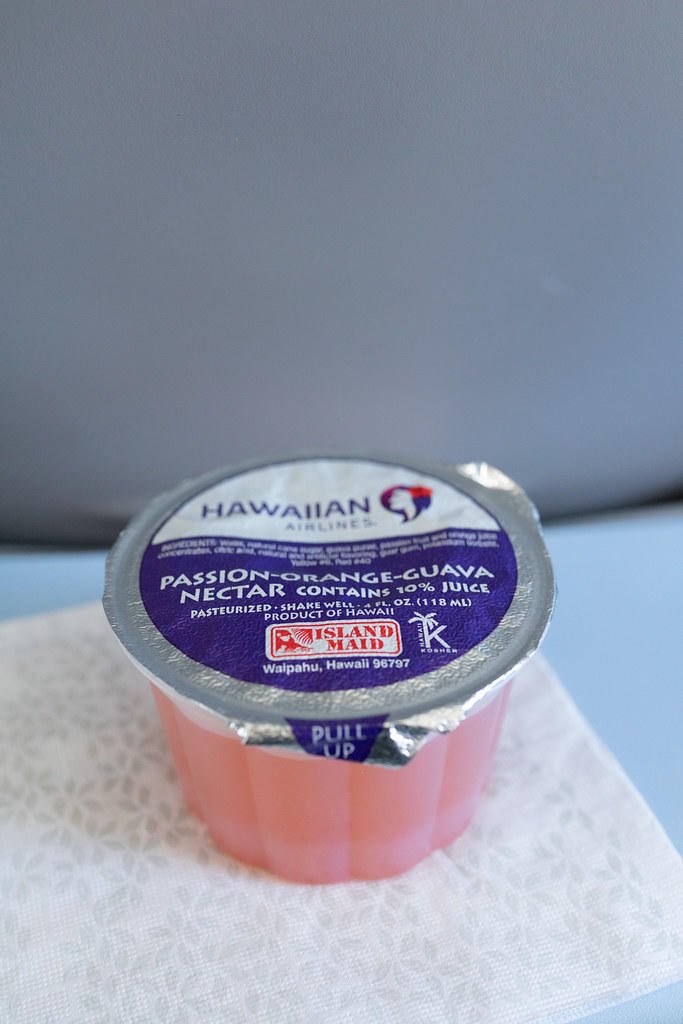 There’s a strong emphasize on local snacks on all Hawaiian flights. In addition to the Koloa Rum Punch and the shortbread from Honolulu Cookie Company, you’ll find local juices on the drink cart. For shorter interisland flights, they serve little containers of POG juice (more about that here). On the longer flights, you get the bigger can of POG juice. P.S. Did you know you can also buy POG juice online? 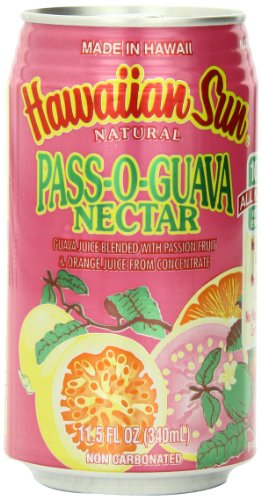 POG Juice (also known as Passion Fruit-Orange-Guava Juice) is an iconic Hawaii juice that combines many of the tropical flavors we love.

P.S. This pick is for a 24-can pack of POG juice, best to split with friends or order for a party (a luau at home, perhaps!)

You got the free meals, and the free snacks. If you’re hungry for more, check out the Pau Hana Cart! This cart sells odds and ends like extra earphones (Hawaiian branded in a cute case), blankets, etc.

BUT the best part about this cart are all the local snacks. You can buy furikake chips! Hurricane Popcorn! Caramel macadamia nut popcorn! Even Pau Hana Snack Mix (which is basically this Furikake Chex Mix).

They roll this cart down at the beginning of each flight but you can also ask for items on the cart throughout the entire flight. 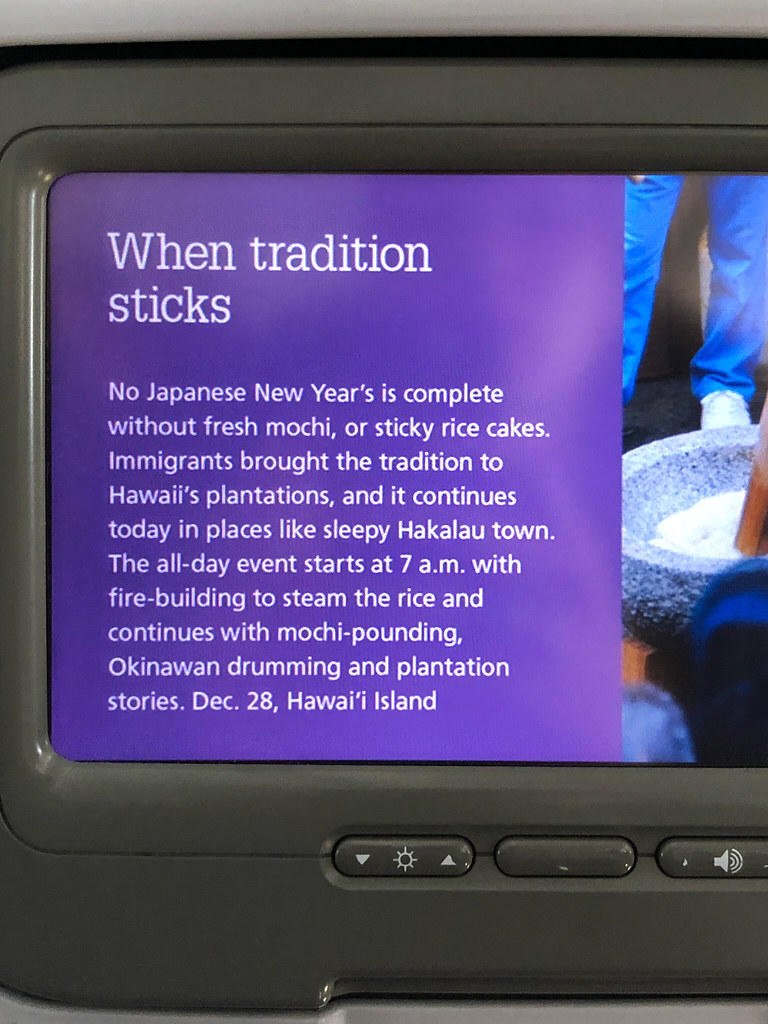 One of the Hawaii neat facts slides they play as you’re about to land.

My only gripe about Hawaiian was that they charged $7.99 for in-flight movies. But in mid-2019, they stopped charging, it’s now all free! After you get your fill of movies, check out Hawaiian’s local channel. They have pretty good shorts that cover Hawaii dining, activities, etc. And about 30-minutes before landing, they start airing slideshows that showcase a bunch of neat Hawaii facts (I didn’t know many of these facts!) They update these slideshows all the time so I learn something new on every flight.

7. The Aloha Spirit (aka Great Service)

Hawaiian Airlines has the best service of any airline I’ve flown. It doesn’t matter if you’re flying economy or business or where you’re seated, the service is top notch across the board. I also love the flight attendant aloha attire, and all the flowers! I just feel very happy and “at home” when on a Hawaiian flight (the neatest part is when you fly the same route over and over again and you remember the flight attendants and they remember you!) 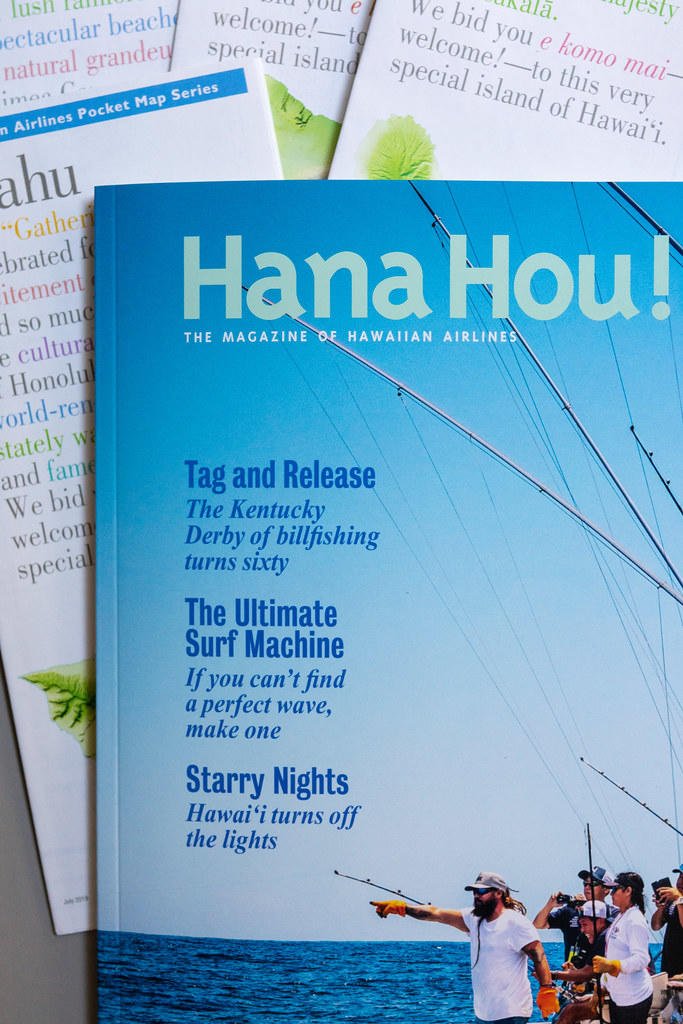 I love reading in-flight magazines, and Hana Hou! The Magazine of Hawaiian Airlines one is one of the best out there. They do an excellent job covering Hawaii culture and food (and much more!) in ways that appeals to both visitors and locals. I’m always tearing out pages or taking screenshots of tidbits things to look up/check out/eat on each trip home.

Note: I used to be a food writer and have written for the Hana Hou! in the past. 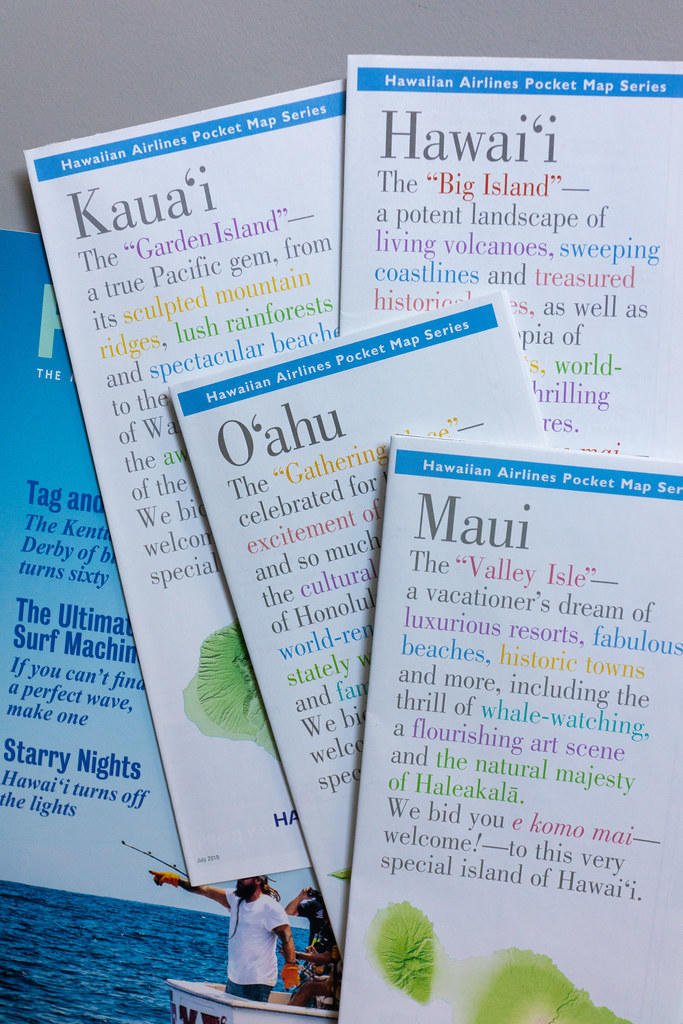 I saved/collected these maps from different interisland flights ^_^ Hawaii is made up of many islands. Each island is unique and these maps offer a quick overview. Hawaiian’s island maps are well done and often come in handy. There are also random coupons in there that are useful for visitors (like the one with admission discount to Ali’i Kula Lavender Farm in Maui). 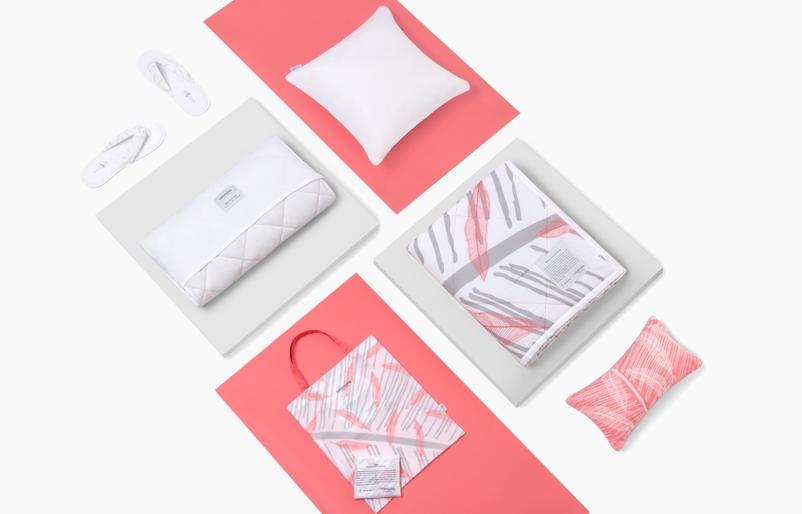 Hawaiian does local designer collaborations for in-flight amenities. A recent collaboration was with Kealopiko where all production is done on the island of Molokai. They really go out of their way to find culturally significant brands to collaborate with, and you can see the effort. It just makes me appreciate the airlines even more.

I left my favorite sunglasses on a flight from SFO-HNL (they must have fallen out of my bag). I didn’t realize it until later that evening when we were already home. I panicked for a number of reasons (you can’t buy them anymore! they were prescription!) and because I’ve never gotten back any lost item from an airline (RIP Zojirushi x Ippodo thermos on that United flight), I was sure they were gone for good. I called Hawaiian’s customer service who said they would check and get back to me asap. They kept their word! They called back. And they found my sunglasses! I drove straight to the airport the next morning and picked them up. So happy.

Hawaiian was also great when I had to change a ticket for a funeral, and waived the change fee. (I know some other airlines also offer to waive the change fee for similar situations, but Hawaiian was especially gracious and understanding with this.)

Here’s the best part. It doesn’t cost more to fly Hawaiian Airlines. Prices are often on par with other major US carriers, and sometimes it even costs less! Booking all my flights on Hawaiian is a no brainer. Since that first JFK-HNL flight years ago, I’ve moved all my miles to Hawaiian Airlines and plan to stay with them for the long run ^_^

Love this topic! This is one of the only airline experience posts I've read. It's been awhile since I've flown on Hawaiian but I totally remember the POG drink too. I believe there was a pineapple type cookie/cake too. It reminded me of something usually served around Chinese New Year, not dense like a mooncake but more like a dryish, yellow cake with small fruit chunks. I love that Hawaiian serves so much local food. I have a weird fascination about trying airplane food. I like seeing what they choose to serve. International Business class is my favorite with all the courses and tablecloths. Beware though, once you fly Int'l Business, you get terribly spoiled haha.

Hi Jeanne! Ooo I've never had the pineapple cookie/cake. I wonder if it could be like the Taiwanese pineapple cakes but made with local Hawaii pineapples? There's one company here in Honolulu that makes that... So curious! I'll ask around ^_^ - Kathy